Prepping Avenue A for a new dedicated bus lane 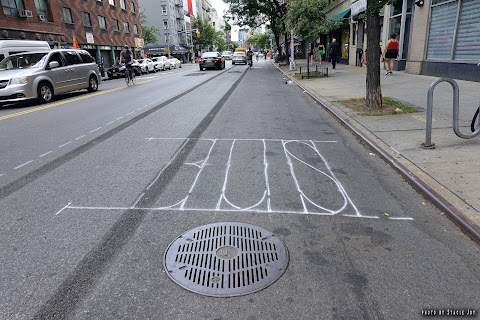 Photos by Stacie Joy
The DOT has started putting down the markings for the new dedicated southbound bus lane for the M14A on Avenue A below Fifth Street... 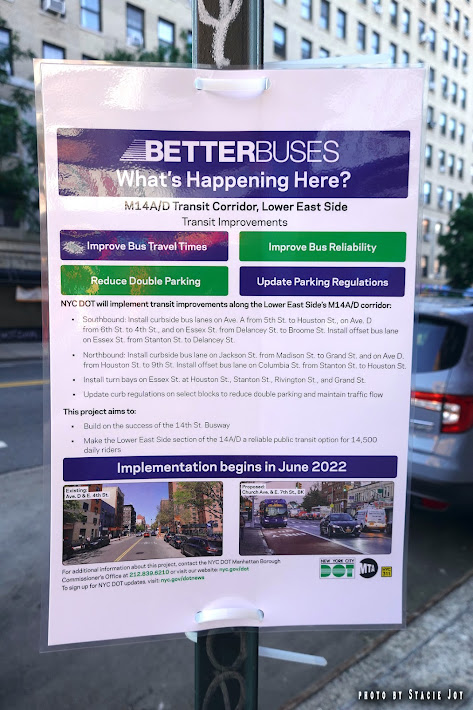 As previously noted, parking is no longer allowed between 6 a.m. and 10 p.m. seven days a week in select corridors on Avenue A and Avenue D. (The bus lanes have already been marked on D.) 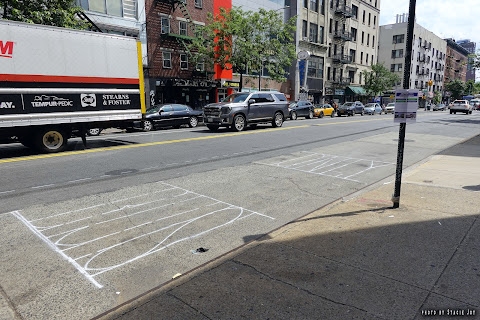 This is one of the transit improvements the city announced as part of the "Better Buses Restart" campaign in May 2021. Per then-Mayor de Blasio's announcement during "Streets Week!" at the time:

The city identified the M14A and M14D as a "bus priority" in 2019... when the 14th Street Busway went into effect between Third Avenue and Ninth Avenue. (According to the city, the Busway improved bus travel times by 36%, among other improvements.)
Still, according to the city, speeds on the 14A and 14D are consistently slow throughout the day and early evening. (DOT presentation from June 2021 here.)

There's also a budding sinkhole on Avenue A at Second Street that could swallow a bus that Keanu and Sandra couldn't even save... 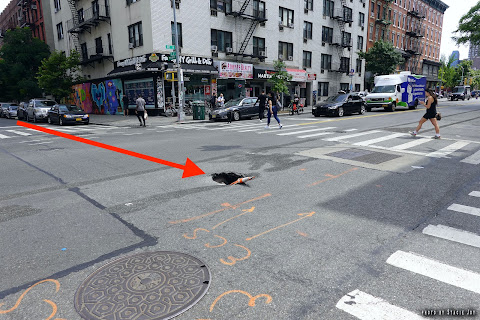 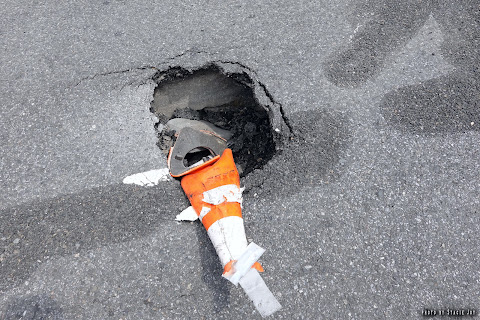 What a beauty. This should go all the way up to 14 Street.

Great, so when you pull over to drop grandma off in front of the building or load something they have those fucked up auto-cameras with no context and ticket you in the mail.

The Ave D lane is a slap in the face to all of the low and middle income people that rely on the public parking, there is NO traffic on Ave D and it wasn't needed.

Great, now we'll get a bus that moves faster than walking pace.

Please just get rid of the shacks, car parking, Citi Bikes and food vendors on Ave A and give us the bus lanes all the way to 14th st.

We’ve had to assist some elderly neighbors transport to/from medical - and complete disaster as no longer able to find a cab on 14th Street due to vehicle restriction.
This is a serious issue that City DOT and bicycle lobby have ignored.
Seems like an ADA violation.

And no, elderly neighbors don’t use Uber.
And we prefer not to use exploiter/venture capital Uber.

There are no citibike docks directly on Ave A