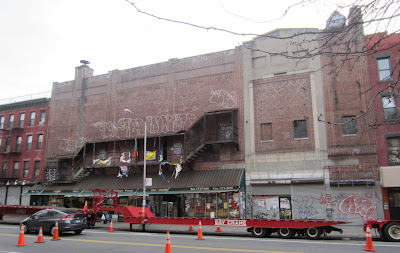 As we've been reporting, East Village Farms is closing on Avenue A on Jan. 31. One worker said the building's owner will be demolishing the structure for lord knows what...

Anyway, as you know, the space was originally a theater in operation from 1926-1959. 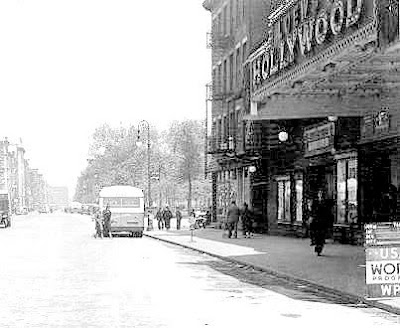 We've seen a few tantalizing bits and pieces of the theater's remains... as far as we know, the auditorium is still intact.

EV Grieve reader Lambert Jack was one of the many curious about what's behind and above the grocery... He took a look the other night... 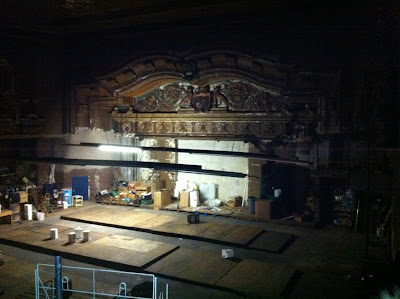 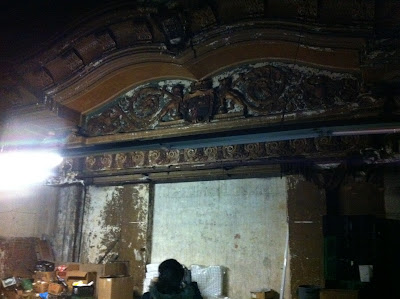 Per Lambert Jack: "We went into the main theater room, and poked around the offices and other abandoned rooms. There were some amazing painted tin roof parts. I hope someone strips the cool stuff ... before the place is razed." 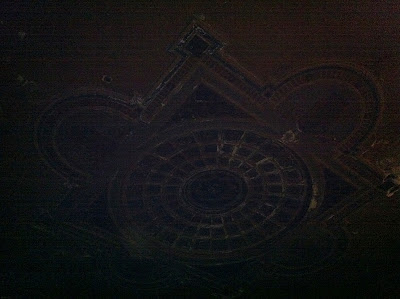 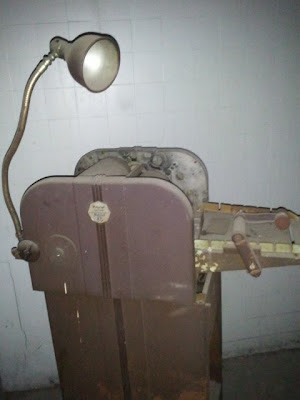 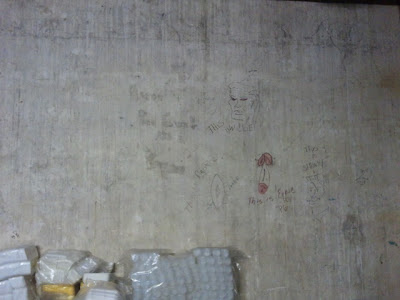 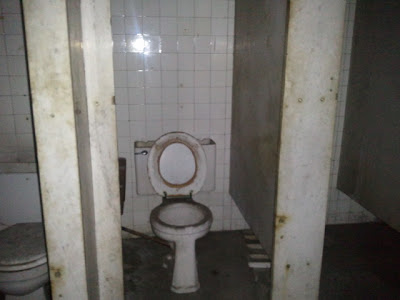 His opinion on the space? "I'm not sure the building is worth saving — the cool parts of it seem really run down and unusable — but the ornate period works need to be preserved as best as they can. I would love to have a theater there, but I suspect it's headed for new housing."

A little bit of Hollywood on Avenue A
Posted by Grieve at 6:59 AM

Email ThisBlogThis!Share to TwitterShare to FacebookShare to Pinterest
Labels: 100 Avenue A, old theaters

My mother's childhood movie theater!
She has tales of her and my uncle crouching under the seats during "scary parts."

Wait how did he get in?

Does this mean more shitty high-rises and Starbucks in place of something unique with some artistry and historical relevance to it? Probably, yes. It is with great sarcasm that I say "Oh Goody!"

I love all pictures of the beautiful-spooky interior of this space. I'm sad to think there won't be any more. Thank you for sharing these.

great to see the inside of this place.

is that a vagina drawn on the wall or a paramecium?

Will have to ask Lambert Jack! Difficult to tell ... and who drew it — a bored Village Farms worker?

None of our business how he got in!!

Great pics, thank you so much!!

very cool. urban exploring in very own east village backyard! and there are plenty of other buildings in the neighborhood that i'd love to see what they look like inside, e.g., the inner sanctums of the 9th precinct...

I've lived directly across the street for more than 18 years and have quietly hoped for a peek inside someday - we all knew that its days were numbered decades ago - so these pictures (and all of this interest) is a bit like finding a cherished family photo album of lost ancestors. I'll no doubt cry the day they begin demolition, but still feel pretty lucky to have stared at its facade 10,000+ times in my 20's, 30's and 40's. If anyone knows of ANY add'l pics from it heyday, pls send links. Farewell, Hollywood Theater. I knew you well in my own neighborly way.

The store is still open.