Last Monday, we pointed out that there was a store for rent sign above BaoBQ here on First Avenue between 13th Street and 14th Street... however, at the time, the latest from Michael "Bao" Huynh, which opened in December, was still open for business... 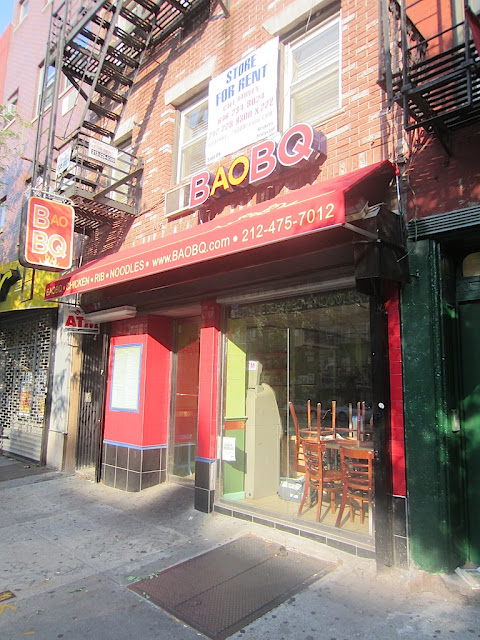 However, it appears BaoBQ has closed... the storefront is in some disarray... and the phone number has been temporarily disconnected... 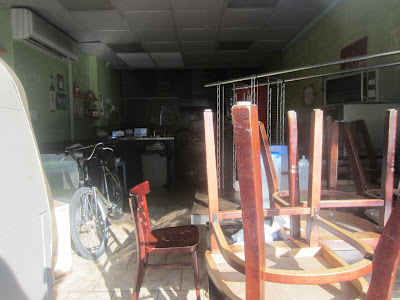 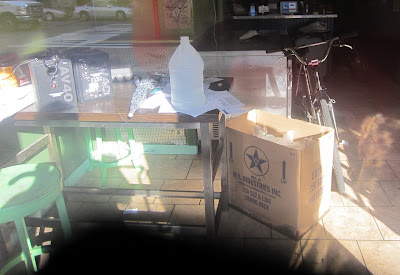 Huynh confirmed to Eater that he has closed BaoBQ.

The Baoster says that the space had bad plumbing problems (see the picture at right), and an upstairs tenant complained about the smoke coming from the restaurant. He also notes that "rent is too expensive, anyway."

$14k a month? How is anyone supposed to have a go at opening a restaurant or small business with these kind of rents.

Never once saw any clients in there the times I walked by.

this guy runs shit restaurants. food is fine but the service is horrific.

ordered this once off of seamless because it was 20% off.. was ok.. certainly not the best vietnamese food I've eaten in the city.. actually thinkingabout it now it was probably the worst... the place that took over quantum leap is way better I've heard

Either Nha Trang in Chinatown is far superior to any pseudo bullshit 'fusion' Vietnamese place. Also try Paris Cafe also in Chinatown for banh mi. Those places are real Vietnamese, cheap and good.