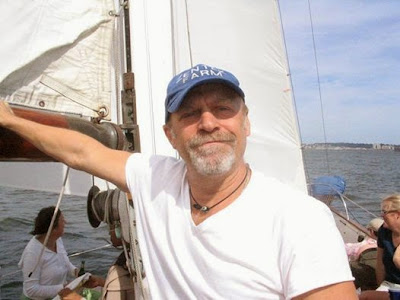 Here is the official message via the d.b.a. Facebook page:

It is with such a heavy heart that we make the announcement that our beautiful friend Dennis Zentek passed away last night. Dennis with his friend Ray was one of the co-founders, co-pioneers, co-visionaries of what has become a huge family. We will share more details later on, but for now we ask that you send love and say prayers and raise a glass to a dear friend who will be so very missed.

Deter died in July 2011 from the injuries he suffered in a bicycling accident.
Posted by Grieve at 3:35 PM

This is so shocking. He created one of the pillars of the neighborhood, at least for those who drink!, and I just wonder if it can go on without him. My thoughts are with the whole crew and family at DBA, Patrick