A sad day for Mother Earth at the former Sapporo East 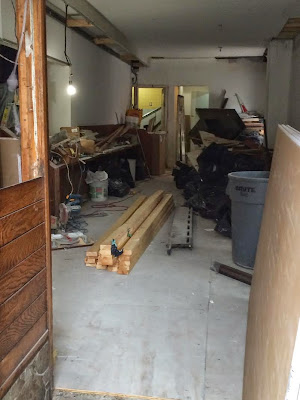 Renovations continue at the former Sapporo East space on First Avenue and East 10th Street … the 30-year-old Japanese restaurant closed for good at the end of December, as we first reported.

However, the space will remain a sushi restaurant. Yuji Umeki, who manages Kenka at 25 St. Mark's Place, is one of the principals at the restaurant that will be called Beronberon. EVG regular William Klayer, who took these photos on Friday, hears that they will be offering a menu very similar to Sapporo East's offerings.

Unfortunately, the renovation plans didn't include keeping Chico's longtime "Love Mother Earth" mural on the East 10th Street side… or the ad for Crystals Garden next door. (While the murals were nicked up, people liked them — based on how many readers passed along news of their demise this past weekend.) 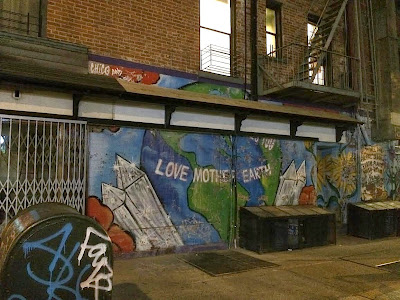 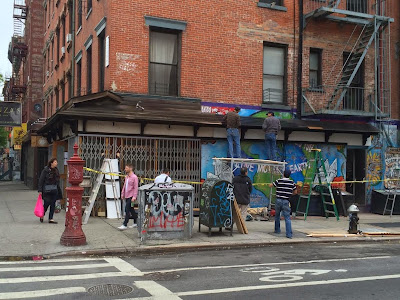 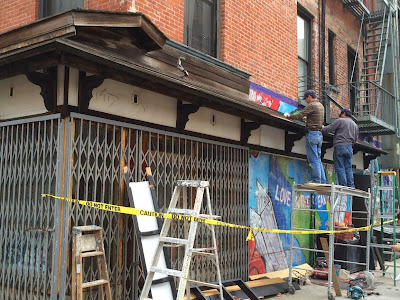 Workers blacked out the murals on Saturday… 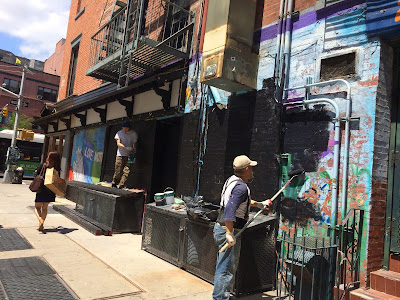 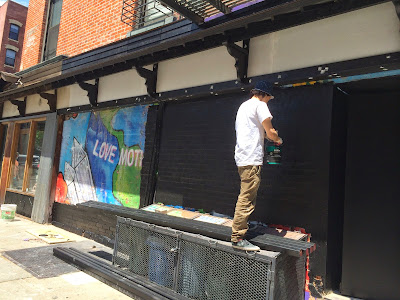 For now, just a section that reads "Love Moth" remains. We understand that workers will be adding windows in this space. 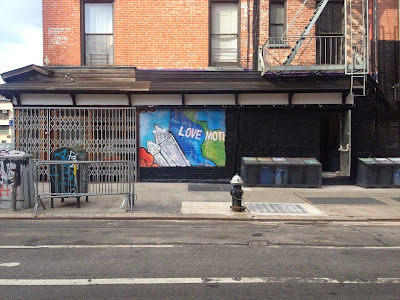 [Photo by Kevin Decatrel]
Posted by Grieve at 5:05 AM

Chico is a les fixture, and I respect his efforts but his work is really not very good.

I agree with the poster above but his murals are something I will always associate with the LES. There is just something warm and comforting about them opposed to the cold perfect lines of the new construction in the neighborhood.

Agreed, we need Chico murals! Or something creative on that wall!

It's a Japanese restaurant? Maybe the sign is supposed to read, Love Mothra. Perhaps it's an anti-Godzilla place.

I was just thinking that I couldn't even believe that the mural was still up. The long tradition of street art will soon be a thing of the past like much else around here. It was too good to last. I will never eat there now and I know they will not care but fuck them for doing that.