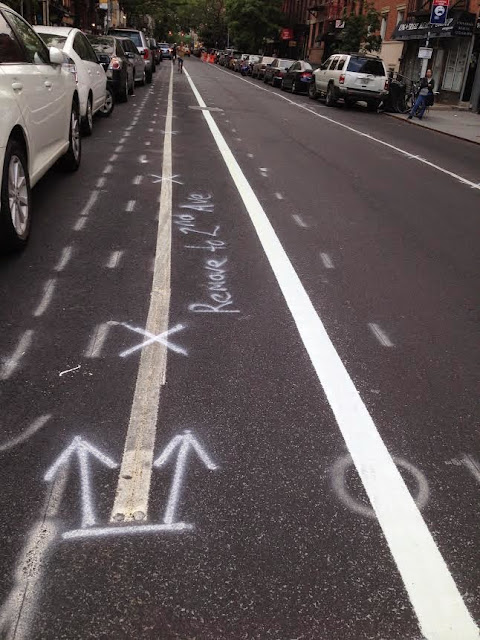 Last week we noted that bike lanes returned to the repaved East 10th Street and East Ninth Street. However, the city seemed to have made some kind of boo-boo on Ninth between First Avenue and Second Avenue, as you can see in the above reader-submitted photo.

However, the city made amends last night, as the DOT was out to adjust the white lines, via these photos by EVG reader Charlie Chen… 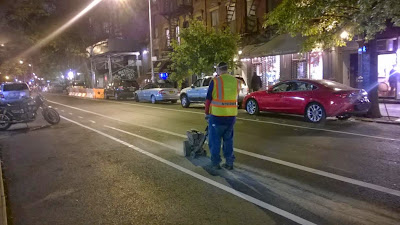 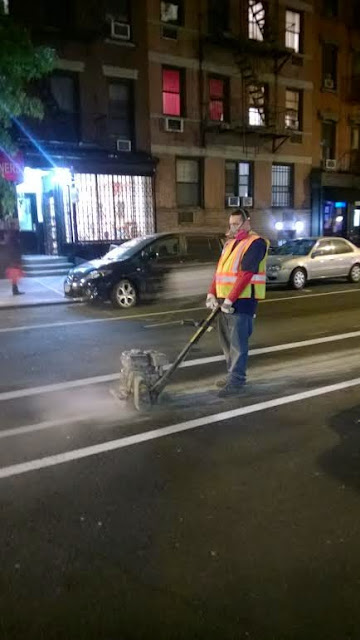 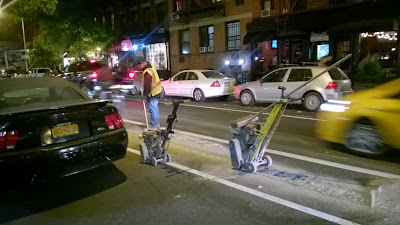 This also might put to rest the rumors that this block was intended to be used as an alien landing strip.
Posted by Grieve at 4:58 AM

Heard by way of Twitter that this work was done at odd hours and caused an insane racket. Totally insensible.

Yep, they picked 10pm to start doing this. Surely it wasn't an urgent thing that it absolutely had to be done at night while my newborn was sleeping. My upstairs neighbor was flipping out at them, yelling out the window.

I took those pictures around 9:45p, and looked like they started around 9:30p.

EVG--I hate to tell you this but the aliens landed a long time ago and they immediately took over NYU. Then Williamsburg. I hear their next stop is Stuyvesant Town.

It's ironic Stuy Town was built as an alternative to tenements yet in 2014, they are dividing and sub-dividing the apartments up to accommodate as many students as possible. Aliens won't go for that peasant shit.

The problem n ow is the deep groove they left. You have to ride on either side of it with places you next to the parked cars or closer to traffic.