Rebranded 'Eleventh and Third' will have rentals upwards of $10k 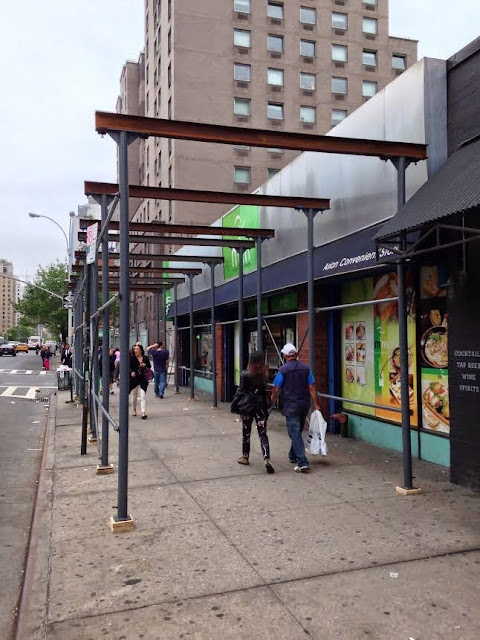 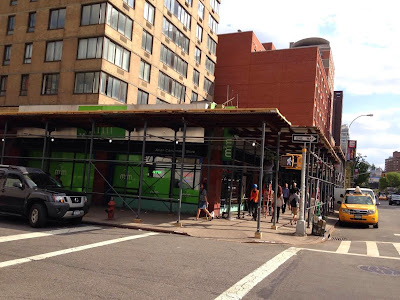 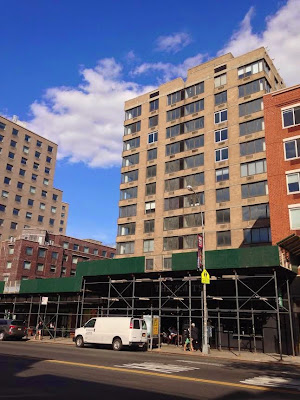 All this is ahead of the big renovations at 55 Third Ave., which despite its drab appearance, is not an NYU dorm. The Benchmark Real Estate Group actually paid $57 million for the 12-floor building late last year.

The Real Deal had the scoop yesterday on what to expect in the currently-tenant-free building, now known as Eleventh and Third:

Rent for the units will range from $3,500 for a studio to $6,000 for a one-bedroom to as much as $10,000 for a two-bedroom, the spokesperson said. Some of the one- and two-bedroom apartments feature a private outdoor space.

The building is getting a makeover to look less dormy. 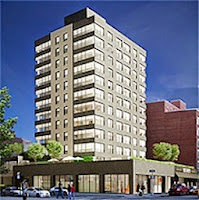 As for the retail tenants that share the building … The Smith and M2M appear to be safe.

However, the owners of NY Copy & Printing had to vacate their home here after 22 years, as we first reported. 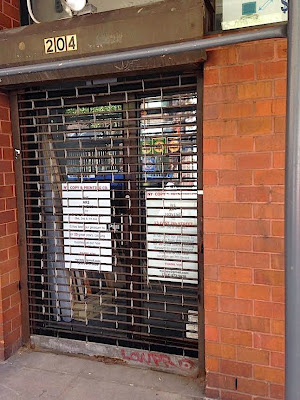 The owners told us the that the building's new landlord wouldn't continue their lease. Fortunately, NY Copy found a home on East Seventh Street.

$3k to live in that dull building with nothing but glass separating you from the dudes, bros, woos and hoos of the street? Please... lol.

Wait a sec while I wipe the coffee off my screen. #SpitTake

A friend lived in this building in a one bedroom apartment, its the standard size post war building layout but here tiny kitchen had a window which was nice. It was terribly noisy from traffic and the Webster Hall crowds. I cannot imagine where this "private outdoor space" will come from unless they tack on balconies somewhere. I am not optimistic regarding the exterior makeover, buildings like this one are getting those purple - blue bricks which can look like one big black eye. Maybe just clean the exterior and get sound proof window?

Even if I were rich, I wouldn't pay $10K a month in rent. I'd buy if I had that money. Who does that? It would have to be people who are only coming for a month or two...and then I'd rather stay in a hotel.

The current real estate market business plan in NYC seems to be based upon packing transient college and just post college (many parental funded) millennials into dorm style apartments. That is the rational for these rents and for all of this so called "luxury" condo* construction. This millennial “bubble” will run its course. And then we will see. BTW, may the Woo be with you.

*To be churned as rentals as well.

Plus it's adjacent to the Smith, which on the weekend brunch periods gets particularly fun and festive. Right Megan?

New conversions should be just like new developments, and be required to include at least %30 affordable housing. Isn't deBlasio supposed to be on top of this shit??? Here's his chance to "create or preserve" as he says at all his press conferences.

ten thousand would have to include fuel cell and oxygen feed

Can anyone tell me what type of jobs in NYC pay enough for one to rent out a 10k a month rent? Also, who the fuck pays 10k a month to just rent an apartment? You could buy a whole apartment these days in other states for that price. Nyc isn't the best place to live at all, anyone would find that out once they start having troubles sleeping what with all the Damn 30 year old yuppies screaming woo all night and garbage can kicking.

So unappetizing to walk west of A anymore, bletch.

How is it that these luxury bldgs aren't even disguising the fact that they're actually dorms, or post college dorms, & have absolutely zero restrictions regarding this type of occupancy yet Air BnB is put through the ringer, supposedly due to the "dangers" of renting out apts or rooms. We've seen what happens when apt bldgs operate as dorms (east tenth street stairway landing collapse) & still no guidelines??

Nice Question you asked @Helgen, even i want to know about what type of jobs in NYC pay enough for one to rent out a 10k a month rent?