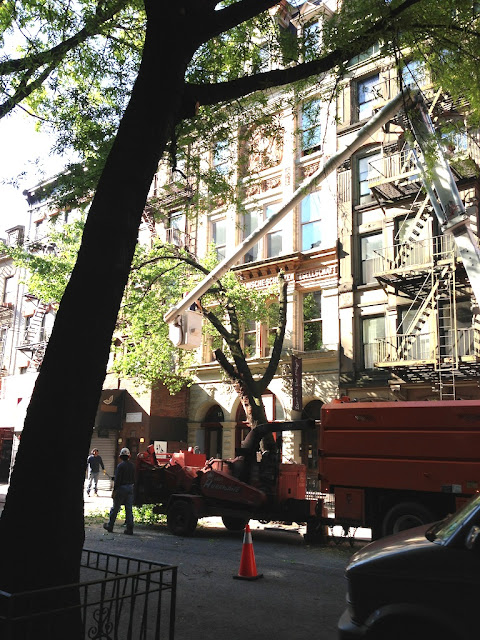 Just about one year ago, plenty of people were pissed after the city chopped down a seemingly healthy ornamental Callery pear tree on St Mark's Place … on the south side of the street near No. 12. 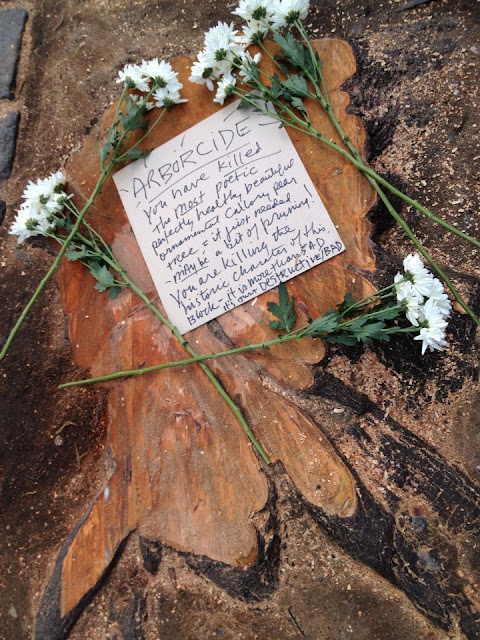 In November, someone used discarded cooktops, and many other items, to decorate the tree well… 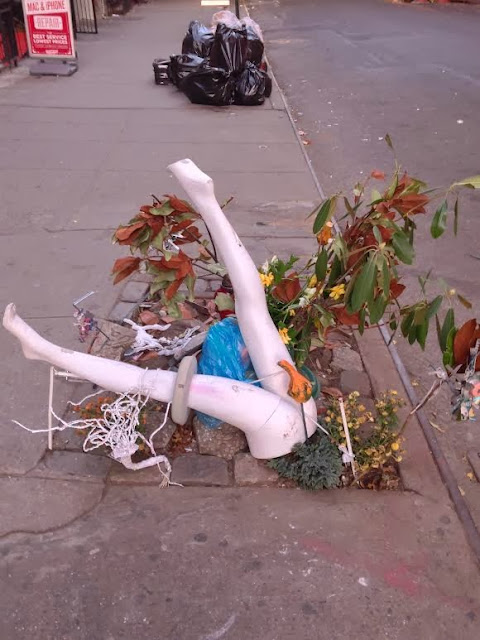 On Monday, the city planted a new tree in the spot, as part of the MillionTreesNYC program… 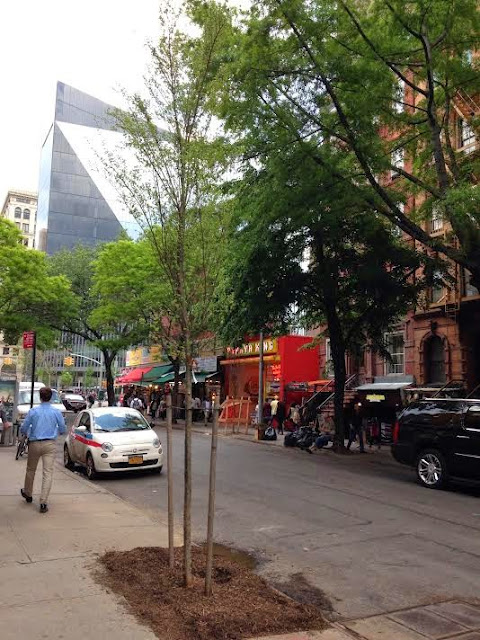 And by yesterday, there was a friendly reminder on the tree… 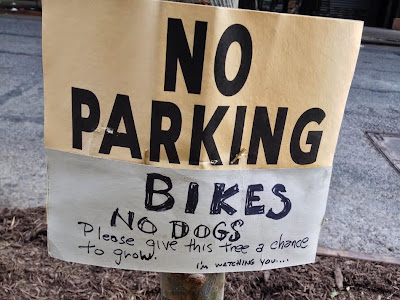 Previously on EV Grieve:
'Arborcide' — People are pissed that this tree was chopped down on St. Mark's Place

[Updated] Behold the cooktop sidewalk garden on St. Mark's Place
Posted by Grieve at 5:00 AM

Give it till the first time some idiot chains a bike to it.

People with dogs could care less about trees, signs or requests from their neighbors when it comes to keeping their dogs out of a tree well. I've seen countless people encourage their dogs to enter, trample any plants or flowers growing there so they don't feel obligated to pick up anything. Stop being so selfish, people in the neighborhood are trying to add some beauty for all to enjoy.

A new tree is a bit of good news!

This is great, but what about all the wonderful old trees that we lost in and around Tompkins Square in the past few years? Why are they not being replaced?

Any word on what type of tree this is? Did they replace a gorgeous, mature pear tree with a essentially an overgrown bush?