East Village Radio signs off for good at midnight 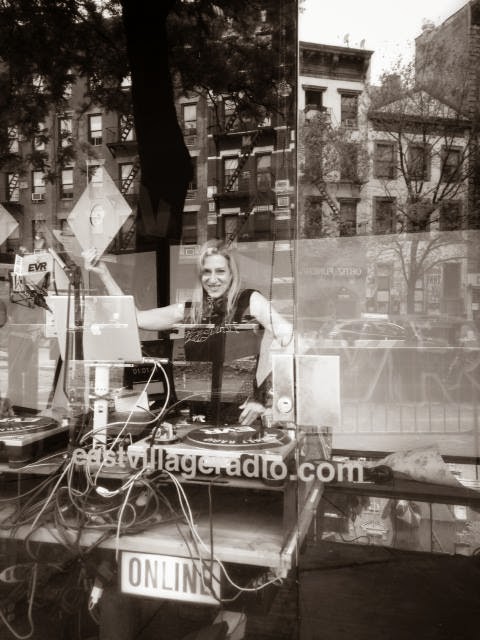 As we first reported on May 14, East Village Radio is signing off after today's programming.

CEO Frank Prisinzano could no longer afford the increasing licensing costs for the 11-year-old Internet radio station with the tiny storefront studio on First Avenue.

Prisinzano and Peter Ferraro, the general manager/head of programming, addressed the issue in a guest column at Billboard.com on Tuesday.

We had opportunities for investors, but we didn't think we'd be given the autonomy to continue on the path we were on. There was never any discussion of selling out. It was always: "Run it properly or shut it down."

We were giving the world access to one of the most important musical neighborhoods on the planet via our live DJs. When you know that, you don't sell it out. You nurture it.


Now the two are deciding what should be the final song as the clock strikes midnight tonight. The pair took to the station's Facebook and Twitter accounts for suggestions.

Here's The Wall Street Journal with a story about the last song ... and the station's end days:

The suggestions were as eclectic as the Internet radio station’s programming — ranging from "My Way," as performed by Sid Vicious, to LCD Soundsystem's "New York I Love You But You're Bringing Me Down."

"It could be anything from the Ramones to the Dolls to the Clash. I have been thinking about all the usual suspects," Mr. Ferraro said while bouncing around First Avenue in a tight East Village Radio T-shirt with the energy of a Labrador puppy.

Mr. Prisinzano, calmly sipping on a mug of beer, added his two cents: "It could be a one-hour John Bonham drum solo," referring to the Led Zeppelin drummer.

"Hopefully, someone nails it," Mr. Ferraro said. "The fans really get us. They will tell us what we should play."

Tough call on a last song.

I'll put in for Richard Hell and the Voidoids with "Time" …

Previously on EV Grieve:
Exclusive: East Village Radio is signing off after 11 years; final day of broadcasting is May 23
Posted by Grieve at 5:20 AM

Oh, no. Let's hear from "Blank Generation" (which I've been listening to lately):

The obvious choice, to be played right before the last song*, is “Shattered”, by the Stones.

*has to be a band with EV roots

"My City Was Gone" by The Pretenders

"THIS JUST SUCKS." I think I have heard that song. Who was the band?

Oof. All of these are great.

How about Dead Yuppies by Agnostic Front

wnyc is about to do a segment on the station. great.

Anyone recorded the final EVR hour?
Anyone who wants to share this historic recording?

Is it possible EV Grieve to publish this request in a separate announcement or blogreport?
It would be more effective than in this comment box.
Please? Many thanks!