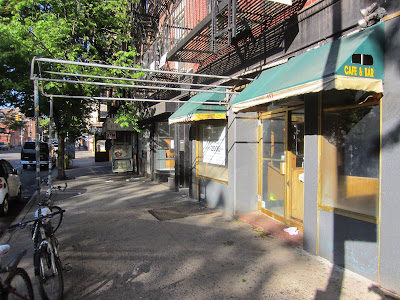 The Odessa Cafe and Bar closed after service last Aug. 31.

Since then, there have been several suitors for this space at 117 Avenue A between East Seventh Street and St. Mark's Place.

In February, the plan called for a bar-restaurant serving Nashville Hot Chicken from a Ravi DeRossi-backed operator. However, as we understand it, the group backed out after failing to receive a 4 a.m. liquor license. More recently, an applicant, believed to have been someone affiliated with Webster Hall, withdrew from the May CB3/SLA committee meeting.

And CB3 released its June meetings agenda yesterday — no takers this time around for 117 Avenue A.

According to the listing on the Tower Brokerage & Picken Hospitality website, the asking rent is $22,500, plus a $50,000 fixtures fee. (A tipster also pointed us to a Craigslist ad for the space from a different broker where the asking rent is $19,500.)

Meanwhile, if you've looked inside in recent months, you can see that it is eerily preserved … 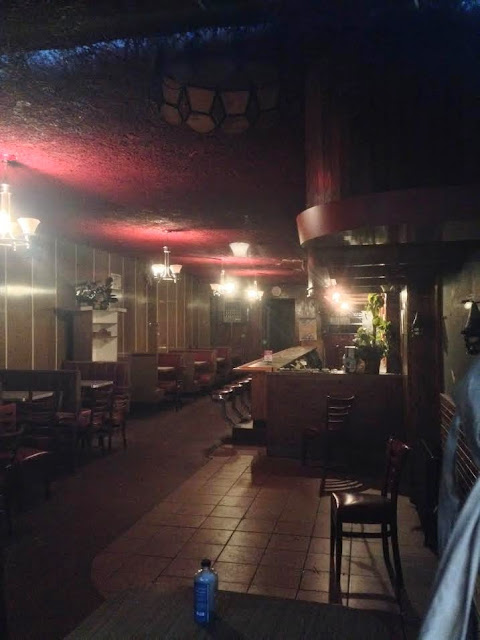 Former Odessa Cafe and Bar will serve comfort food specializing in Nashville Hot Chicken
Posted by Grieve at 5:01 AM

If they would put a Chase here, then I wouldn't have to walk all the way down to 2nd Street!

Yeah, it would be really convenient to have a bank here.

I wish I was loaded; I would open this baby back up starting yesterday!!

How about if it sits empty as a memorial to tax breaks?

Every time I walk through the park I just think how different it's going to be in 5-10 years. It'll just be lined with luxury restaurants and glass apartments. Sad.

If director David Lynch opened a restaurant here he wouldn't need to change a thing.

that photo makes me want to cry. i wish i spent more time in here when it was open.