I Cipressi will not be happening on Avenue A 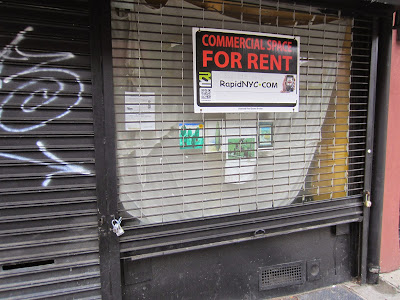 Back in early October 2012, we heard that Lorella Innocenti, who operated I Coppi on East Ninth Street, was opening a new restaurant on Avenue A in the storefront that previously housed Vampire Freaks.

She was going to run it with her sister Maristella, who owns Matilda on East 11th Street near Avenue C.

However, a few weeks after the news of the Avenue A project, Hurricane Sandy hit … and Matilda was was one of the businesses that struggled to get back up and running … all the while, the plans for the new Italian restaurant stalled. The sisters took to the streets last summer to find investors to make the new place a reality.

Apparently they didn't have much luck. The storefront at 189 Avenue A near East 12th Street is now for rent … a sign that follows the eviction notice last month. 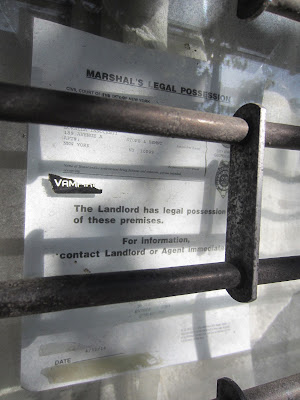 It will be interesting to see what might take the space. The two buildings here will be dwarfed by developer Douglas Steiner's 7-story retail-residential complex coming soon to the former Mary Help of Christians complex. 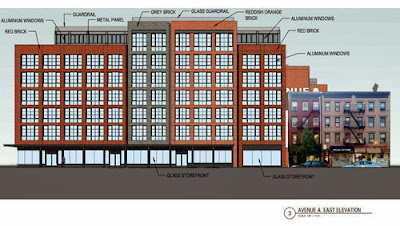 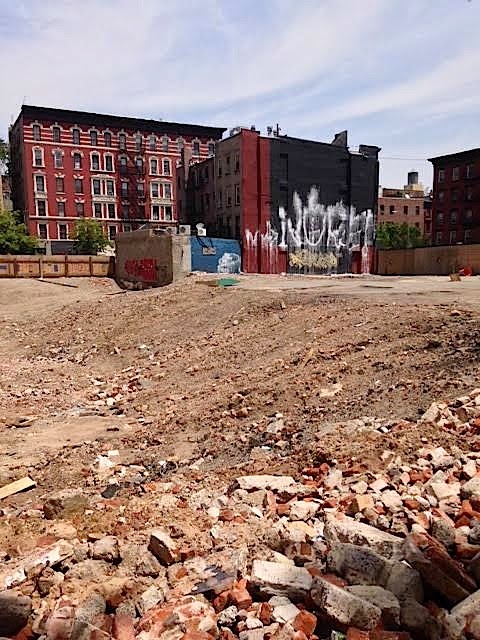 Owners of I Cipressi take to the streets to find investors

Meet your new neighbor on Avenue A
Posted by Grieve at 5:08 AM

Email ThisBlogThis!Share to TwitterShare to FacebookShare to Pinterest
Labels: I Cipressi, Vampire Freaks

I loved I Coppi, especially the garden area out in the back of the restaurant. They had a great location.

Oh my God 11th and A looks even worse in that perspective...

As a next door neighbor, I really can't wish them luck. After Sandy, while all other restaurants were giving away their perishable food for free, Matilda was charging $9 for a single taco. Okay, fine - it's their business, they can do what they want.

However, every summer they put down tables and chairs on the other side of the sidewalk (for which they don't have a permit_, leaving a very narrow stretch of the sidewalk open for pedestrians. To make matters worse, their clients will often block even that every narrow bit. I asked them politely a few times to move and every time, the staff got confrontational.

not here or there on the tacos.

Maybe I didn't illustrate the problem clearly. They have a sidewalk permit for the side that borders the restaurant. However, they were putting down tables, chairs and canopy umbrellas on the other side of the sidewalk as well.