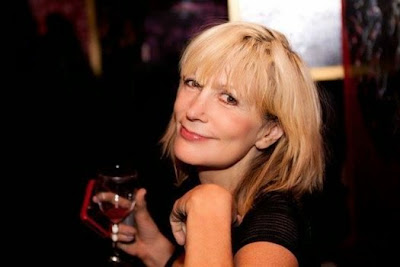 East Village resident Hayne Suthon, the owner and operator of restaurant/drag club Lucky Cheng's, died Monday after a long battle with breast cancer. She was 57, according to friends.

The Louisiana native's family bought 24 First Ave. in 1986, and she converted the former Club Baths into the Roman-themed Cave Canem. The space became Lucky Cheng's in 1993. (You can read more about the space's history at Jeremiah's Vanishing New York.)

Her friend Steve Lewis paid tribute to her yesterday at BlackBook:

Hayne could be described as a wild woman. Those who knew her loved her indiscretions. She wanted to have fun and she did. You can’t define her simply. An old friend told me yesterday that “she lived life” and that is true. It must be remembered that she was a trusted friend.

She was as sharp as they come. Her legal background was always made available to those around her who were less savvy. Despite being racked with cancer, she wanted to make sure that the recently released Michael Alig had every opportunity to right himself. She was fun. She had a twinkle in her that wouldn’t go away no matter how serious things got.

Most recently, Suthon was in a legal fight with the operators behind Pride and Joy BBQ, who were renting the former Lucky Cheng's space on First Avenue. (You can read more about this lawsuit here.)

It's unclear if the lawsuit was ever cleared up. Not much has happened with the space in recent months. Lewis noted this about it: "She was having trouble with her tenant and it wore on her."

Meanwhile, Lucky Cheng's, which moved to Midtown in 2012, remains open.

Per Lewis: "I don’t know what happens now to Lucky Cheng’s. The vultures will see an opportunity to buy low and so it just may go. They'll pick at the bones of her dreams. It's hard to imagine it without Hayne, without that twinkle in her eye." 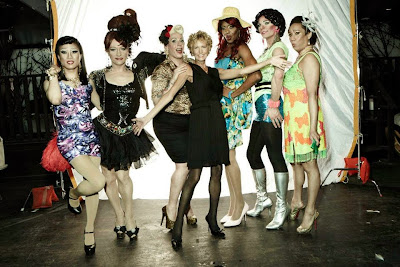 Such a sad loss. I have so many fantastic memories of her that will live on.

The other partners in Lucky Cheng's Times square (240 W 52nd St) are working hard to keep the restaurant/club open!

Hayne was also a loving and devoted mother to Josephine, her only child. Hayne and I ran the streets together, along with the rest of the EV pack, back in the early 80's. And then the next time I saw her was at the amniocentesis office, when we both were delighted to learn that we were expecting baby girls. Our daughters went to school together, and played together. We watched her battle breast cancer for over 14 years, with a cheerful, positive, proactive determination. She was a fabulous beauty, and crazy fun. She has left this earth too soon. We can't stop crying about it. I love you Hayne. Rest in Peace. Josephine, I'm so sorry your mom is gone. She was a brave, beautiful woman, and she lives on in you. Love from your friend Pat Mackie, and the Mackie family, Tiger, Keith and Hugh.

Wow,I pretty much thought she was amoratal.... I knew the original Chang,he was her porter @ Cave Canem...lol!! Yes the stories abound around this southern belle, ask Harry @ Max Fish.. Lower East side defined girl on many a given night....I will light a candle for her 2nite, rip -Hayne. The big easy was always your style, smiles for you.
Ed

I got loaded with her several times at Cave Canem. She was a fascinating and witty individual. The drinks were free and flowed freely until dawn. RIP

My name is Michael. I am now 54. I am from Manhattan, NY. I live here with my wife and young son.
I have just googled and read of Haynes passing in 2014.
I had not known Hayne when a friend of mine brought me to Cave Canem in 1980 something. I cant explain how different it was too meet someone who was so beautiful, outrageous and yet kind. She rented me a room on the top floor of the 24 1st , based on a smile. I paid some rent, I walked her 2 large dobermans, worked as a bus boy, and felt privileged and indebted to her for the experience. She treated me with the utmost respect , while she effortlessly juggled the chaos she lived in. It was like stepping into the looking glass and Hayne was both Alice and the queen. One of my roommates killed a bunny rabbit on valentine's day, another day i would awake to a pile of people still rolling around from the nite before, and i saw her hand deliver doberman pups . Each day she would get up and plan the menu or business of the day and start again. We lost touch before lucky chengs. I just wanted to share how incredible she was. As if you didnt know.

So sorry to hear of Haynes struggle and passing! Looks like she had a great time in the Big City! When I first met her she was drunk drowning in a friends toilet after a party.., an 18 year old student at Stephens College in Columbia Missouri. I immediately fell in love with this rough beautiful wayward yet intellectual witty witchy debutant girl. I loved her up and she helped me with my music theory it was a grand relationship despite how she triggered me with her witchy charm. We were impressed with eachother for quite awhile. I visited her at her family home in NEw Orleans and met her parents and young sister Elizabeth, attended a debutante party then a week on Grand Isle. She was a vengeful girl with a lot of spunk and style. She always loved the wild life and was extraordinary adictive. We clashed in 73 and I went to Los Angeles to do preliminary Space Shuttle Research for JPL and we never spoke again. Miss you Hayne glad you had a great life friends and daughter. I never knew a person with more plants!