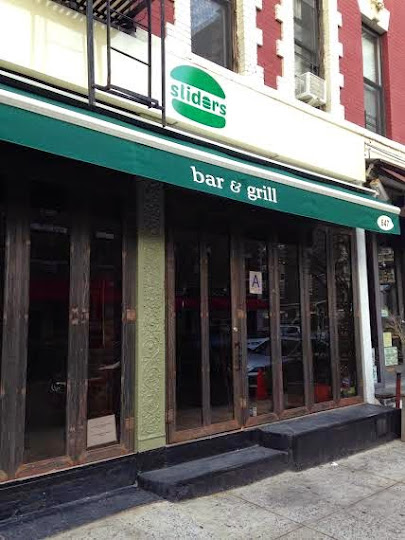 A new suitor is already lined up: An applicant going by Oyster City LLC. The name on the paperwork is Reed Adelson, an assistant general manager at Locanda Verde in Tribeca.

According to paperwork (PDF!) on the CB3 website, the restaurant will have 10 tables with a total of 38 seats as well as a 10-seat bar. The proposed hours are 5:30 p.m. to midnight, with a weekend brunch service from 11:30 a.m. to 3 p.m. There's no other information at the moment regarding the menu or official name of the space. 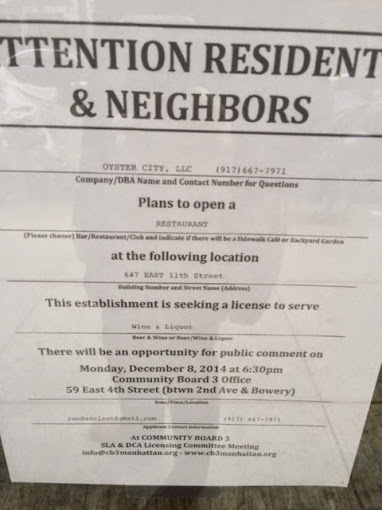 However, the applicant ended up withdrawing. Oyster City is on the January docket for a beer-wine license only. The applicant will not be appearing before the committee during Monday night's meeting.
Posted by Grieve at 4:45 AM

Email ThisBlogThis!Share to TwitterShare to FacebookShare to Pinterest
Labels: Sliders

Any sports bar closing is a good thing.