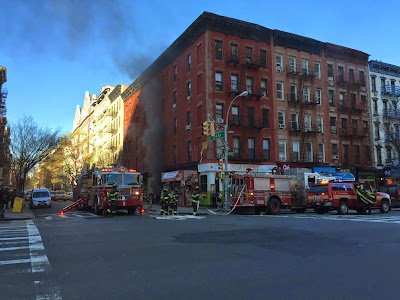 The FDNY is on the scene at East Fourth Street and First Avenue... for a fire that was reported at 11 a.m. 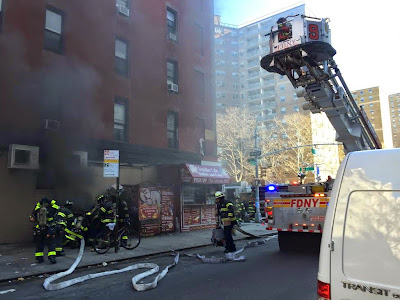 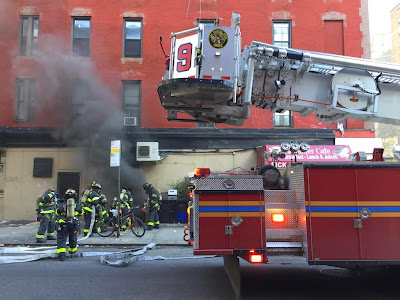 We'll update the story when we receive more information.

While we haven't heard about a cause... several EVG Facebook friends noted that the fire started in the basement of Guayoyo, the delicious Venezuelan restaurant who is currently without power or gas.

Guayoyo is closed this evening... there isn't any sign up about the closure... 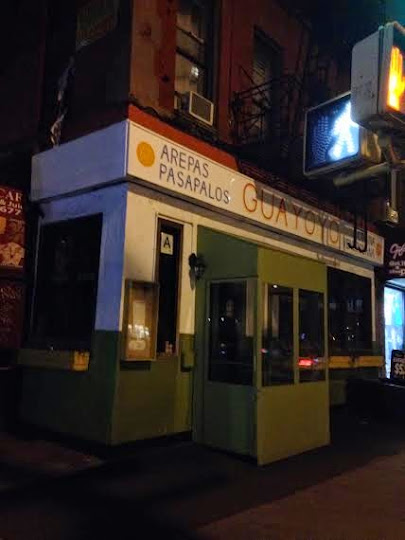 Well I was either a hero or a goat, when i walked by the smoke was pouring out and the basement doors were flung open. So i slammedd them shut, figuring less oxygen getting in means less fire. Firetrucks got there a minute later and the boys went to work. Did I make things better worse or neither, will probably never know.

Well...did the hero yell to make sure nobody was in basement first? Either way, smart thinking.

Good job, Moe! That certainly doesn't hurt...Unless, of course, someone is trapped inside by the door being shut!

You did a good thing

Goats are cool and barbecued goat is delicious, so Moe wins either way.