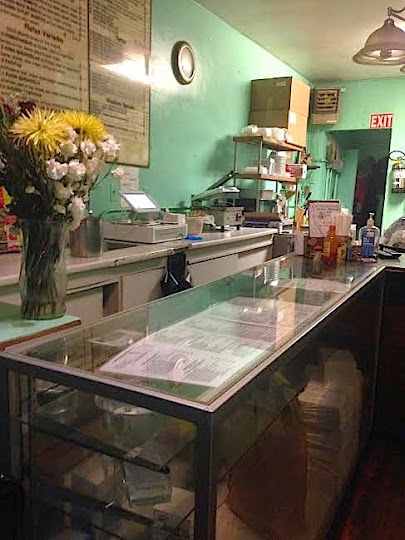 As we reported back on Monday, Puebla Mexican Food is shutting down at 47 First Ave. between East Second Street and East Third Street.

We were originally told that the family run restaurant was closing for good after Sunday. However, several readers (including Marty E.!) told us that owner Irma Marin will keep preparing favorites like chicken-mole burrito through March 23.

With a rent increase, Marin was unable to sign a new lease. When asked how high the new rent is, Marin simply pointed her thumb skyward.

Previously on EV Grieve:
Puebla Mexican Food is closing after 25 years on 1st Avenue (29 comments)
Posted by Grieve at 4:50 AM

The best Cuban sandwiches as well. I'm tempted to order in bulk and put them in my freezer.

People will be mad when I say this but i got a little tired of the microwaved stuff in my burrito.

Thanks for the shout-out!