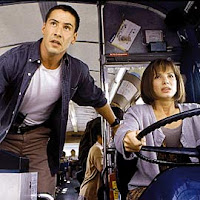 A few bus lines that East Village residents may — or more likely, may not — depend on have been recognized. And not really in a good way.

The NYPIRG Straphangers Campaign and Transportation Alternatives have handed out their annual awards highlighting poor bus service in NYC.

To the news release!

“In the realm of unreliable bus service, the M1 is the king, and the local M101/102/103 is the queen," said Paul Steely White, executive director of Transportation Alternatives. "Their unhappy subjects, the riders, must endure the tyranny of frequent and long waits, followed by a parade of buses that pass by in bunches, like a herd of lumbering elephants."

In addition, the M14A was named the fourth-slowest bus in the system, according to this report, with an average speed of 3.9 MPH at noon on a weekday. (Topping the list was the M66 crosstown at 3.1 MPH.)

Still not too late to ask for a hoverboard for xmas.
Posted by Grieve at 4:30 AM

The M14D is probably at the top of the list for best bus. Nothing is fast moving through Union Square, but it comes so often that you rarely ever have to wait for it.

Also, hoverboards are illegal in NYC.

The M14A sucks eggs. There are times when 5 D buses goes by before an A finally deign to show up, and a wait of 20 minutes is not uncommon.

while these buses may be the slowest - the longest wait for a bus is the M15 (both first and second avenue). the select bus comes fairly often but you can wait for up to, and sometimes more than an hour, for the local which is primarily used by seniors and people with wheelchairs, walkers and canes.
the bus that comes the most often is the "NOT IN SERVICE" bus.

How might one inquire with the MTA about the state of disrepair among the buses that run up and down Third Avenue? Many times, they make a dreadful screech that lasts about six seconds, usually when they're accelerating after a red light. Any ideas? It's confined to the older model accordion-style bus. Anyone else notice this? Can anyone tell me what this is?

A fat kid on foot could beat that easily. Not even joking around here sadly. These buses would fail the Presidential Fucking Fitness Test. They are about as efficient as a wheelbarrow. Riders of them must face a torture choice every day, because most people can walk crosstown faster. Of course, sometimes you want to ease your load and get a ride but then again there is nothing relaxing about riding the M14, crammed in a crowded bus and grumbling to yourself while the driver drives along with a passive lazy indifference that has to be seen to be believed, no concept of expeditiousness whatsoever.

If there weren't so many Uber cars everywhere the traffic wouldn't be as insane as it is now. I haven't seen traffic like this in all my years in NYC and every plate is a TLC plate.

I'd just like to say that BusTime (webpage or app) has greatly improved the process of catching a bus. It tracks all buses in real time and it actually works reliably. Of course this doesn't help once you're on the bus, but it makes the waiting much more manageable. No more standing at 4th and Bowery waiting 40 minutes for a downtown m103.

+1. The various bus apps available have made catching buses in the city so much more enjoyable.

As for the M15, maybe if half of its riders didn't sneak on for free there would be enough money to have another bus run on the route at any given time.

Taking the M103 down the Bowery the past couple of days, I've been appalled at the rate it crawls; yes, I could walk faster, even if I was texting the whole time. This is because of evening traffic, but I certainly wish there were a 3rd avenue subway.

Agreed about BusTime: It's much more bearable waiting for a bus if you have some idea when it's supposed to arrive.