There won't be any skating on Extell Lake this winter : ( 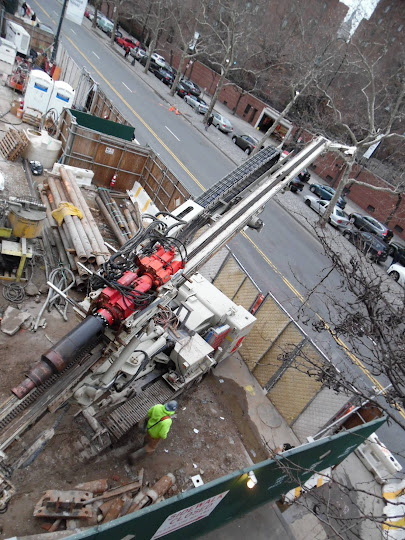 Early last week, a resident who lives near the dual Extell buildings under construction on East 14th Street between Avenue A and Avenue B noted the arrival of generators that are running 24/7.

The resident tried the community email address that's posted on the East 14th Street field office, but it bounced back.

Anyway, a resident spoke with a supervisor type at the site about the generators. Turns out they power pumps that keep the water levels down at the site. 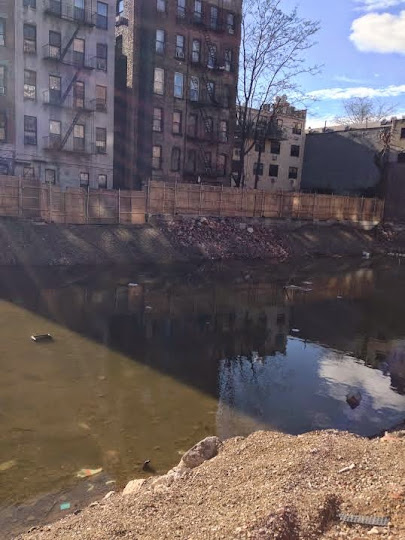 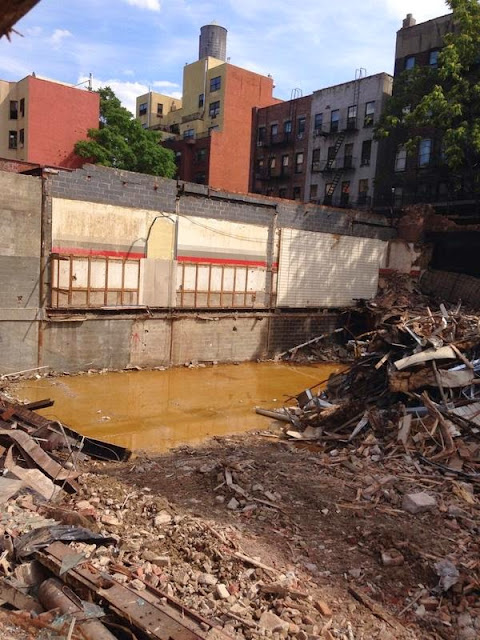 Anyway, the pumping will likely mean there won't be any skating this winter on Extell Lake, an alternative to The Ice at Stuy Town and the East River (remember?) ... 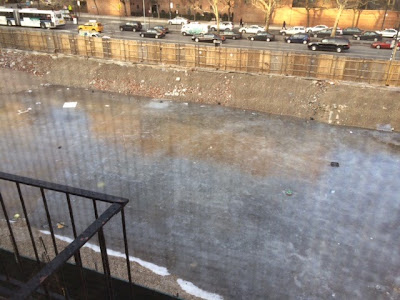 1st activity at 500 E. 14th St. since the demolition phase, and when the standing water froze

A question about Extell construction noise on East 14th Street
Posted by Grieve at 4:15 AM

It has not been cold enough for the ponds to start freezing. Methinks this will be a poor skating season in the city this year. I am sure the fire department will have its hand full rescuing the bros that don't heed the 'thin ice' signs and break on through.

Manhattan originally had many springs and streams especially in what is now the EV, Soho and the Financial District. The water in this pit is probably one of those springs meaning Extel will have to pump this water for as long as these buildings stand on this spot. Early maps also show what is now Ave D and area around Con ED as marsh land. Developers beware.

Where is this water coming from? Will it ever stop? I wouldn't want to live on a sink hole.

If Extel uses a bathtub foundation (a la the WTC), that would keep the water out of the building.

Notice a water trough at the former Mary Help of Christians building site...always full... wonder if it's a similar situation?!

But why doesnt the L train tunnel, running right along it, not flood?

that is the exact email extell gave me at last month's meeting.