Report: Legal battle over the ownership of 80 St. Mark's Place 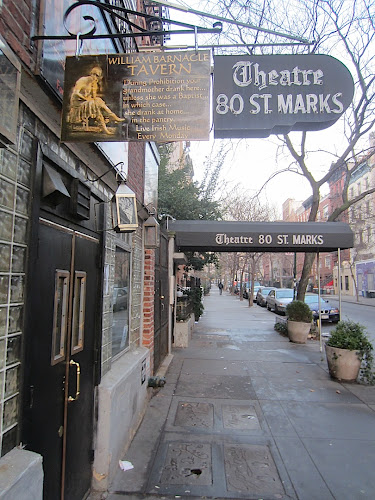 DNAinfo looks at the legal battle shaping up between Thomas Otway and his brother Lorcan, proprietor of Theatre 80 on St. Mark's Place.

In court papers filed Dec. 14, the brother, Thomas Otway, also accuses his sibling of coercing their mother, who was suffering from Alzheimer’s disease, into transferring the deed to the property to him in 2010.

“This transaction was not intended to benefit or otherwise made in [Florence’s] best interest, but rather, was undertaken for the self-serving profit and financial gain of [Lorcan] to [Florence’s] corresponding detriment, damage and harm,” Thomas said in the filing in Manhattan Surrogate's Court.

Thomas, a math professor at Yeshiva University who lives in Croton-on-the-Hudson, N.Y., claims that through a trust, he and his brother were supposed to own an equal share in the two-building property at 78-80 St. Mark’s Place.

He took legal action last week, the filing says, after years of negotiations between him and his brother about the property didn’t lead to any tangible results.


For his part, Lorcan Otway told DNAinfo that "all the allegations are false, misleading and will be addressed in a court of law."

Theatre 80 on St. Mark's Place between First Avenue and Second Avenue houses a theater, the William Barnacle Tavern and the Museum of the American Gangster.
Posted by Grieve at 12:00 PM

Lets hope their bickering doesn't bring down this local institution.

I don't want to be a pessimist, but this has forced sale to a developer written all over it.

agree with the last poster, you can smell the developer stank all over these buildings.

so why even publish this? Are you somehow trying to use your silly real estate blog to make theatre 80 into another condo for rich lawyers?
I knew Florence from 2000 on and would go over and play for her. She was actually in good mental health in 2005 and recognized me and would tell me fantastic stories about her life.

HARPGIRL. Anyone who has lived in lower manhattan for any length of time has probably found themselves at Theatre 80 at sometime,hence it is community newsworthy item. I found it interesting. I saw a play there in the 90s.

And I used to cut high school in the 80s and catch up on my essential cinema classics here. $5 double features! With coffee!

It's an institution in many ways and it would be sad to see it fall into "ultra modern ICON-Croman-Raffi land" because the family can't come to an agreement.

I attended the first run of "You're A Good Man, Charlie Brown" there when I was 9, that probably qualifies it as the first East Village bar I've been to.

Yes, this is all part of EVG's plan to try to get Theatre 80 demolished and turned into a condo. He even set the brothers against each other by making one think the other had stolen his bike 40 years ago.

In other news, tin foil hat sales continue to skyrocket.