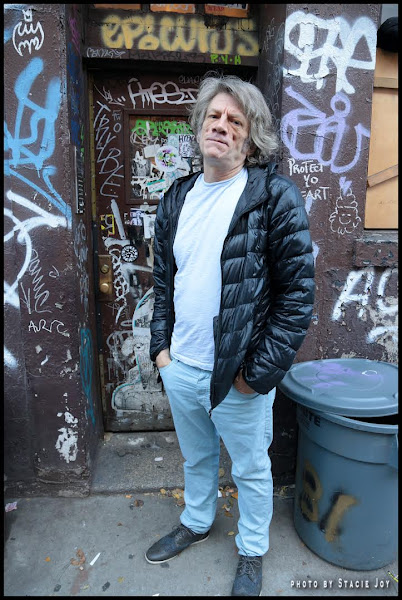 James Romberger is an artist-cartoonist known for his depictions of the neighborhood's streetscapes. In the mid-1980s, he was co-founder of the East Village installation gallery Ground Zero. His work has been shown in galleries around the city, and is in the public collection at the Metropolitan Museum of Art and the Brooklyn Museum.

Per Dorian Grey, the exhibition "focuses primarily on witty, closely observed still lives and scenes from the vicinity of his birthplace on Long Island's North Fork. 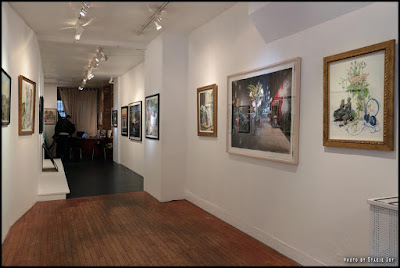 The East Village and Lower East Side factor heavily into your work over the years. Why did you choose to feature your surroundings in your cartoon and pastel work?

Like many artists, I tend to draw what is around me because knowing it so well; I can invest the work with believable detail. But I like to draw different locales. For instance, my comic Post York is about NYC after the ice caps melt and the city floods, while my other recent graphic novel done with my partner Marguerite Van Cook, The Late Child and Other Animals, is about her growing up in England and France. I’ve been to those places, so I’m able to draw them convincingly.

How have the changes in the neighborhood over the years you’ve lived here affected your work? How do you feel about the changes?

It is a little odd for me to try to draw locally because it is so cleaned up. I am not nostalgic for slums, poverty, and drug-dealing, and I realize NYC is always changing, but I do miss some of the multicultural character of the neighborhood that has been lost, and many of the wealthier people moving in now are not interested in culture.

The city doesn’t support arts other than sanctioned forms — street art is obliterated, dancing isn’t allowed, etc. Small businesses are not supported, either. Real estate greed is what runs NYC. 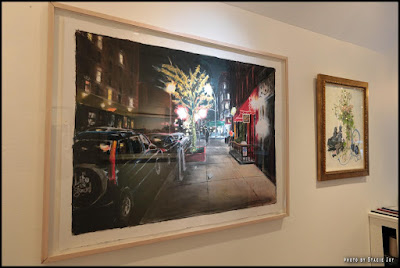 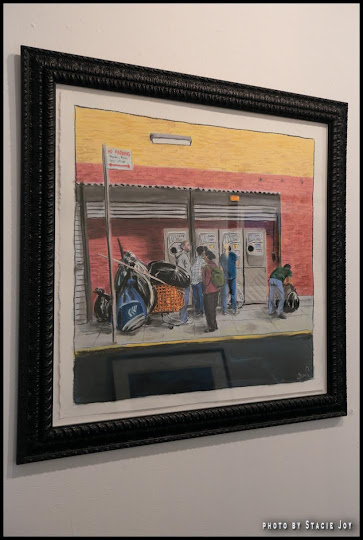 Why did you decide to focus on the North Fork/Greenport, Long Island area for your latest exhibit, and do you envision a return to East Village/LES-based work?

For most of the past decade, I had been doing more comics than gallery-oriented pastel drawings. But I spent the summer staying at a friend’s house out on Long Island and drawing what was around me was a good way for me to get back into doing that sort of work.

The work isn’t entirely without social relevance —interestingly, like NYC, Greenport also largely functions by the exploitation of undocumented workers and I showed that. However, there are some new East Village drawings at Dorian Grey and I am drawing more NYC scenes now.

What’s next for you, work-wise?

I am working on making Post York a full book, and Marguerite Van Cook and I and our son Clockwork Cros are doing a show together called “The Nuclear Family” at the HOWL! Happening Gallery on East First Street opening April 6, 2016.

The Dust pastels show runs through Jan. 3 at Dorian Grey Gallery, 437 E. Ninth St. between Avenue A and First Avenue. 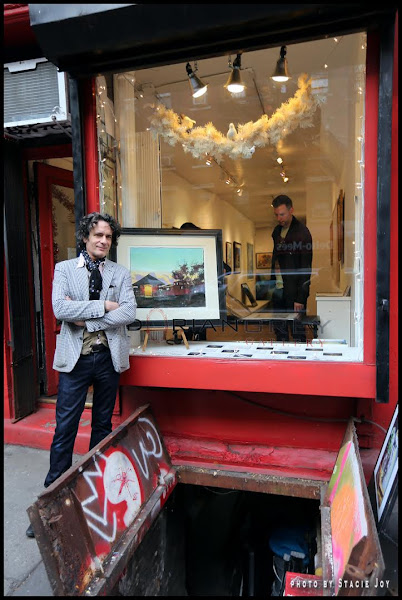 All photos by Stacie Joy
Posted by Grieve at 4:30 AM

I love that gallery! It always shows interesting oddball artwork from the good old days of the "real" EV. When there was a true vibe.

Such fabulous work! A must see!

The real deal. Romberger is an amazing artist and the East Village is lucky to still have him here.

A gem of an exhibit in a jewel box of a gallery. A must see!