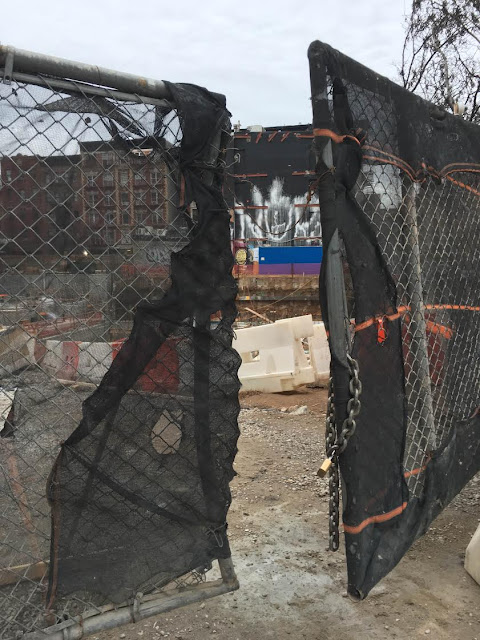 As the condofication of the former Mary Help of Christians property along Avenue A between East 11th Street and East 12th Street continues, the Commercial Observer reports that developer Douglas Steiner has landed a $130 million construction loan from Bank of America Merrill Lynch for the project.

As you probably know, a mixed-use building with ground-floor retail and 82 market-rate condos is in the works. The residences were originally going to include 158 rental units, with 22 of them designated as affordable under the Department of Housing Preservation and Development's Inclusionary Housing Program. However, that changed back in February.

Steiner, who lives in the East Village, told the Commercial Observer that luxury condos hereabouts are "not the oxymoron people might have thought it was 15 to 20 years ago."

"We've seen a huge pent up demand for luxury services in the East Village, and only a few have been done," he said, referencing The Jefferson, an 82-unit luxury condo property at 211 East 13th Street.

Steiner bought the property in 2012 for $41 million. During the summer of 2013, workers demolished the church, school and rectory.

Ongoing construction at condoplex on Avenue A enters the swimming pool phase
Posted by Grieve at 4:20 AM

"Luxury" development is happening everywhere in Manhattan and Brooklyn not because there is pent up demand but there is money to be made by building and selling (renting) these spaces. A farmer clears a forest to plant crops to make money this is the same thing.

Hooray for leveraged financing, this guy doesn't have to go into his own pocket anymore. Hope this city runs out of people and couples who can afford a $4k/month 700 sq ft apt and these guys get caught holding the bag. I'd love to ask this dude if he thinks 7am 7 days a week construction is reasonable for hundreds if not thousands of neighbors.

"Luxury" development is happening everywhere in Manhattan and Brooklyn not because there is pent up demand but there is money to be made by building and selling (renting) these spaces. A farmer clears a forest to plant crops to make money this is the same thing.

It just goes according to the Field of Dreams mantra: "If you build it, they will come."

All these "luxury" developments are the slums of the future—mark my words.

So the bank is lending the developer over $1.5 million per apartment. What will he charge per condo unit, 3 million +? Kind of boggles the mind how the East Village has changed. 20 years ago it was not all that strange to see a listing for $75,000. Who are the tens of thousands of people that can afford 3 million?

What happened to the rental w/ affordable units concept?

That big loan is really going to boost the confidence of all the people interested in that development. Hopefully with all that new financing, the work will all go on without a hitch.