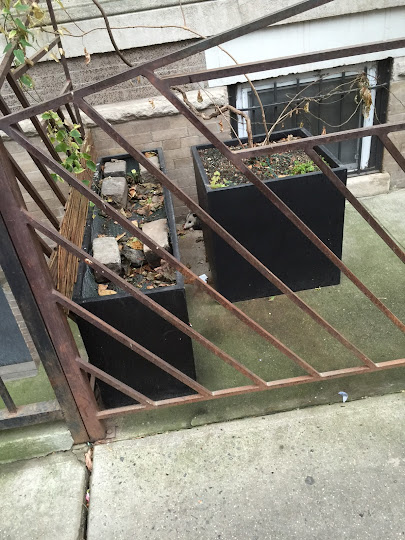 A resident on East Seventh Street between Avenue C and Avenue D shares the following:

East 7th Street between Avenue C and D has been graced with multiple weeks of gas main replacement, causing the area's typical wildlife, frisky rats, to find alternate habitat. You'll notice in this photo, the planter's dirt has been covered in Belgian block and chicken wire to prevent the erstwhile rodents from nesting in them.

Well, the absence of our rats has brought another form of wildlife to 7th Street. Peeking from between the planters is a frightened little opossum. 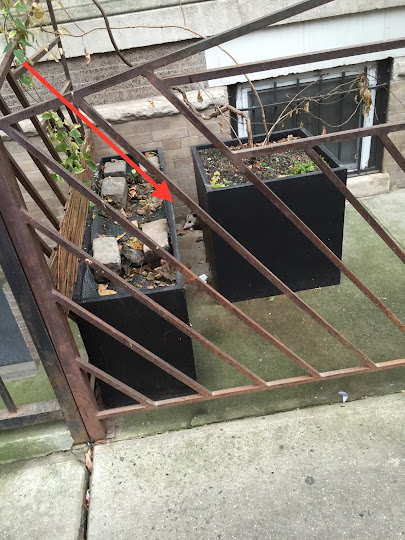 311 has uninterestingly responded that opossums are the "property owner's problem."

We hope the little guy hasn't been poisoned by the block's copious rat bait stations...

EVG, the images on your blog are so small that one would not have seen cute little Petey Possum with out your adding the arrow. Thanks!

And then, there's this :

Awesome Possum! And happy holidays to the Arrows!

If anything, they can give advice over the phone.

Thanks for that Goggla. I hope they take your advice.

Opossums are good in stew.