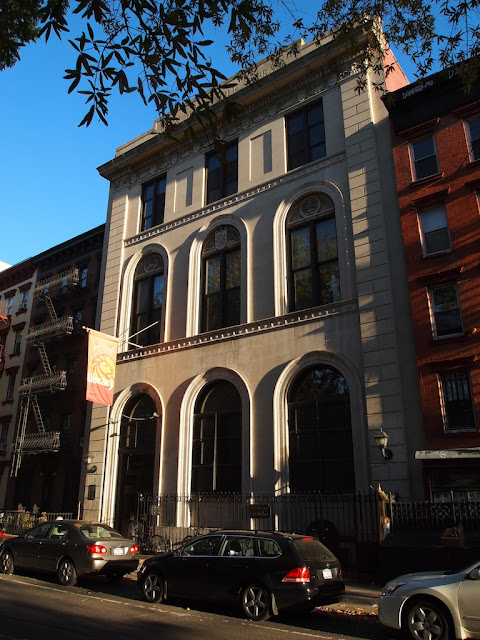 The New York Public Library has expanded hours at branches throughout the city, with a focus on evenings, weekends and other periods of high demand, as we cut-and-paste from the news release.

How did they manage this?

A historic $43 million increase in operating funding to the city’s three library systems in Fiscal Year 2016 has allowed NYPL to add 293 more public service hours per week at branches across the system, bringing average weekly branch hours up from 46.6 hours to 50.

And here are the new hours for the branches around here...

None of these branches will have Sunday hours, however, like several other locations. (Still only one Library open on Sundays hereabouts.)

Ottendorfer - "The Girl on the Train" by Paula Hawkins

Holy shit, this is some of the best news I've read in a while!

Jesus Christ! I can't believe how freakin' amazing this is to me. A few more hours for the library!!!! That's crazy talk. I don't believe it! Has the city gone insane? Is Mayor de Blasio part of this fantasy? It's like it's A Wonderful LIfe and I've awoken from a freakin' nightmare. Tiny Tim! Tiny Tim! Come with me to 10th Street!!! We can finally celebrate Christmas!