Feb. 29 is the last day on St. Mark's Place for Trash and Vaudeville ahead of move to East 7th Street 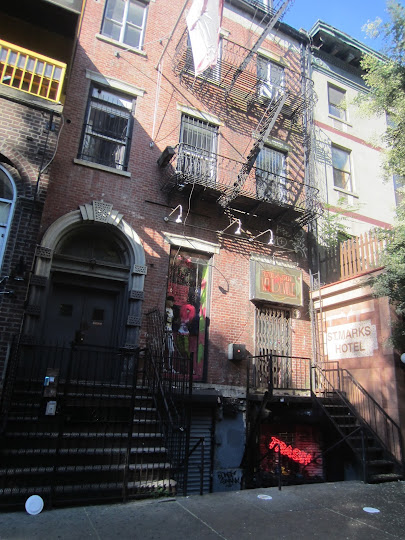 As we exclusively reported last July 28, Trash and Vaudeville is leaving its home of 40 years at 4 St. Mark's Place ... to new space at 96 E. Seventh St. between Avenue A and First Avenue.

The store has taken to social media to announce that their last day on St. Mark's Place is Feb. 29. They will reopen in their new home in early March.

Hey Ho Lets Go... to 96 East 7th street! After over 40 years at 4 saint marks place, Trash & Vaudeville will be relocating to 96 East 7th street between 1st Avenue and Avenue A (just a few blocks away!) We'll be on Saint Marks till Feb 29th. We would love to see you here before we move and we look forward to seeing you on 7th street in early March! We'll keep you updated with confirmed dates. Any questions please email or give us a call, customerservice@trashandvaudeville.com / 212-777-1727 ❤️❤️❤️❤️🙏🙏

Here's some of our conversation with store owner Ray Goodman from July:

Last November, 4 St. Mark's Place, the landmarked building whose first owner in 1833 was Alexander Hamilton’s son, arrived on the market. Asking price for the building that includes Trash and Vaudeville: $11.9 million.

Wish them luck. They are moving to a pretty cool block, a better fit I'm sure.

Everyday a little death... It's getting lonely out there for long time EVers. Good luck.

as long as they still have Jimmy and that neon! good luck to them!!!