More on the charges against Steve Croman; buyouts were a 'team sport' 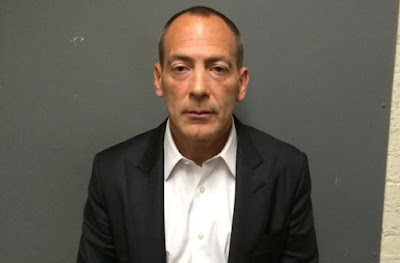 Here are more details about the arrest this morning of landlord Steve Croman via the Attorney General's office...

Croman was also named, along with private investigator Anthony Falconite, in a civil suit filed today by the Attorney General’s office for allegedly engaging in illegal, fraudulent, and deceptive conduct in connection with Croman’s real-estate business. The lawsuit alleges that Croman directs an illegal operation that wields harassment, coercion, and fraud to force rent-regulated tenants out of their apartments and convert their apartments into highly profitable market-rate units.

“My message to unscrupulous landlords is simple: if you put your own profits over your tenants’ legal protections, we will investigate you and prosecute you to the fullest extent of the law,” Attorney General Schneiderman said. “My office will not tolerate anyone who attempts to line their own pockets by gaming the system. No one is above the law – no matter how rich or powerful.”

The criminal and civil cases are the result of independent, parallel investigations during the past two years.

Based on an extensive investigation by the Attorney General’s office, Croman allegedly submitted false mortgage documents to New York Community Bank and Capital One Bank, including rent rolls that falsely reflected market rate rents for units that were actually occupied by rent-stabilized tenants. Croman also allegedly inflated the amount of rent charged for certain commercial spaces in his buildings in an effort to show greater rental income. Croman allegedly falsified these rent rolls in order to inflate the annual rental income of his buildings, upon which his refinancing terms are partially based.

All told, over a three-year period, Croman allegedly received more than $45 million in loans under these false pretenses.

If convicted of all counts, Croman and Swartz could face as much as 25 years in prison. The charges against Croman and Swartz are allegations and they are presumed innocent unless and until proven guilty in a court of law.

The Tenant Protection Unit of New York State Homes and Community Renewal provided the Attorney General’s office with a criminal referral that was pivotal to the process.

The civil lawsuit, filed in New York Supreme Court in Manhattan and the product of an independent investigation, alleges that Croman used the following illegal tactics to push working-class and low-income tenants out of their homes:

• Harassing tenants into surrendering their apartments—and their rights under the rent-stabilization laws—in exchange for “buyouts,” which are often no more than a few thousand dollars or a few months of free rent.

• Incentivizing his employees and agents to obtain buyouts, at the expense of their other responsibilities. Employees allegedly refer to rent-regulated tenants as “targets” and compete with each other to obtain the most buyouts. In one characteristic exchange, Falconite allegedly wrote to a property manager that obtaining buyouts was a “team sport,” to which the property manager responded, “I know that!! Who’s our next target? We have to start lining them up!!!”

• Pressuring tenants into surrendering their apartments by repeatedly filing baseless lawsuits against them. In internal emails, company employees allegedly acknowledged that such lawsuits would “aggravate” tenants or pressure them to accept buyouts. In some cases, Croman’s employees allegedly created a false record for litigation by refusing to acknowledge receipt of tenants’ rent checks and then suing them for unpaid rent—a deliberate fraud upon the court.

The lawsuit also alleges that Falconite, whom Croman allegedly refers to as his “secret weapon,” used deceptive and frightening tactics to intimidate rent-regulated tenants. The lawsuit alleges that Falconite’s text messages with property managers show that he regularly uses false pretenses to gain access to tenants’ apartments, often posing as a repairman or building manager. For example, in text messages to a property manager, Falconite allegedly agreed to use “false pretenses” and pretended he was with the construction department.

The lawsuit alleges that Falconite routinely threatened tenants and improperly accused them of violating their lease. He also allegedly abused his position as a former NYPD officer to threaten and intimidate tenants.

• Croman allegedly filed false documents with the Department of Buildings on dozens of occasions in an attempt to avoid stricter oversight of his construction projects and elude tenant protection measures.

• Croman and his companies allegedly violated lead-safety laws repeatedly, exposing numerous tenants to lead-contaminated dust. On more than 20 occasions, the Department of Health (DOH) found impermissibly high levels of lead dust in Croman’s buildings, including levels up to 65 times the legal threshold.

• Croman allegedly defied DOH orders to address the lead hazards. On one occasion, after DOH order Croman to stop all work and begin lead-abatement measures, Croman directed his property manager to postpone the lead abatement so that the construction could continue.

Read the full release here. As previously noted, Croman owns more buildings in the East Village than any other landlord.
Posted by Grieve at 7:21 PM

I thought this day would never come. It feels like Christmas.

Hope there's a detailed investigation into how Anthony Falconite may have used NYPD resources to further his vile activities.

This is a great day for both rent stabilized and other residential tenants, but it points out a big problem in the commercial real estate market too. This part of the charges against Croman explains why so many retail storefronts remain vacant for so long--the higher the cash flow a property produces, the more money the owner can get from the bank through refinancing:

"Croman also allegedly inflated the amount of rent charged for certain commercial spaces in his buildings in an effort to show greater rental income. Croman allegedly falsified these rent rolls in order to inflate the annual rental income of his buildings, upon which his refinancing terms are partially based. "

Steve Croman's mistake (among many others) was he just didn't want to wait a few years for a new high paying retail tenant to move in. Instead, he "allegedly" inflated the amount of commercial rent he reported to the banks in order to obtain many multiples of that cash flow through refinancing.

This gets to the crux of the problem with the New York commercial real estate market: banks essentially reward landlords for keeping their stores empty until a nice big lease can be signed, whch keeps mom and pop shops priced out of the market, and drives small businesses out of business at the first downturn.

This kind of vulture capitalism isn't good for our neighborhoods, and it must be stopped.

What a wonderful guy…NOT.

Giovanni: You're assuming that many landlords wants to borrow large sums of money against their rent rolls and are willing to wait a year or two to borrow the money. I'd be surprised if that's the case

I really hope they have the goods on him to make it stick. I wish somehow those tenants who lost their apartments could return.

More on Cromagnon in Tuesday's WSJ p. A17.

I wonder how the Observer will report on this. I see 3 possibilities:

2) "Explain" how Croman wasn't like OTHER large landlords; or

I don't understand the distinction between the criminal and civil indictments. Everything listed under the civil suit sounded quite criminal to me.

Karma is a bitch isn't? Greedy people always get what they deserve.

I wonder if he's mother still loves him.

The urge to play team sports is sort of natural. Guys, that's what rec leagues are for.

I sit on a co-op board and we have lots of commercial tenants in the complex. We recently obtained a mortgage refinancing and one of the big items that helped us obtain an additional $15 million in cash was how much cash flow our commercial rents brought in. It's absolutely true that landlords jack up commercial rents and use the banks like a factor In order to get as much money out of their properties as they possibly can. Every landlord in the city has a big incentive to sit on their retail spaces until they can get the maximum rent. Then the landlord runs straight to the bank to get a nice big cash out.