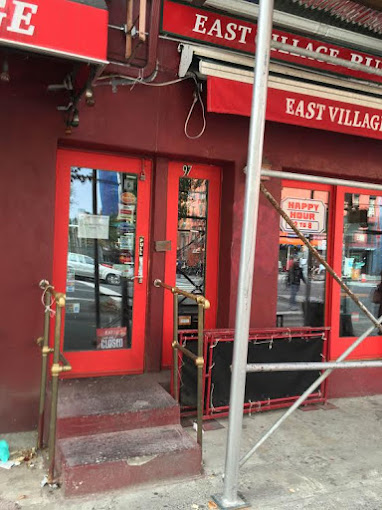 It has been dark of late at East Village Burritos & Bar and its sister establishment next door, Apna Masala. 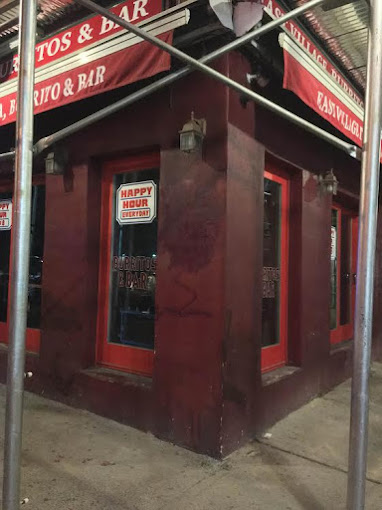 A sign on the restaurants here on First Avenue at Sixth Street mentions a closure for "construction work" — today. 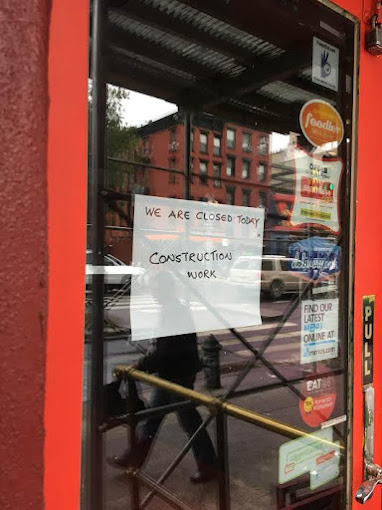 Perhaps connecting the dots, the FDNY responded to a report of a fire at the building, 97 First Ave., on Sept. 25...roughly the last time we saw these places open... 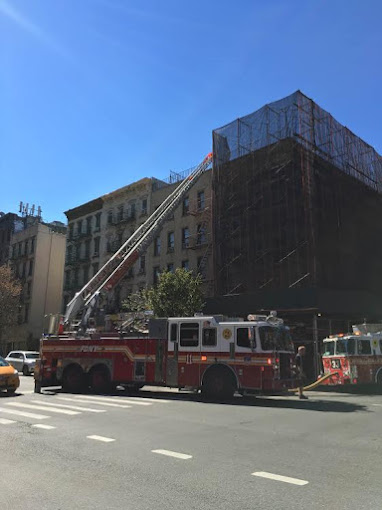 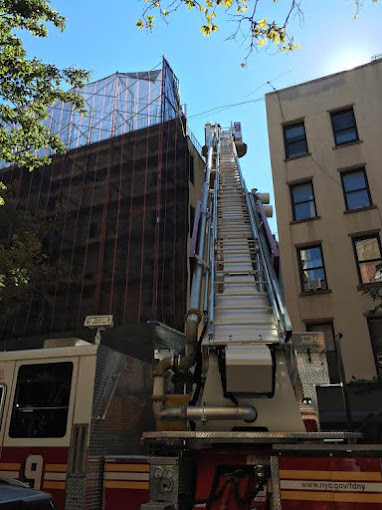 There wasn't any word of damage to the building. (Witnesses said that they smelled smoke, but never saw any actual fire.)

Neither of these places haven't been setting any dining attendance records, save for nice evenings when a few patrons will take advantage of their sidewalk seating (under the sidewalk bridge for a good part of the summer).

After Banjara left the corner in 2013, Figaro Villaggio, an Italian bar-restaurant, opened in January 2014. They later changed the name to Figaro Cafe Bistro Bar & Grill and, by November 2014, gave up part of the space to an Apna Masala. (All from the same owners, as we understand it.)

There's nothing on file with the DOB about renovations/construction on the space.

Banjara moving soon to the Haveli space on Second Avenue

6th Street switcharoos: Another name change for La Esquina Burritos and Bar; Spice Cove exits
Posted by Grieve at 4:00 AM

This is a prime corner yet the design is so trashy I can't assume they've given much thought or care to the food. So we will never try this place unless forced to at gunpoint. If you are looking for good cheap burritos try Downtown Bakery.

Changing a restaurant's concept and name is like getting dressed for a party and trying on everything in your closet yet nothing works.

Does this mean that the only Indian place left on the block now is Raj Mahal?

Meanwhile there are a ton of quality restaurants in Curry Hill, and kati roll places popping up everywhere. It's a shame what happened to 6th St. but the NYU crowd doesn't seem to like Indian food anymore, since even the kati roll place on 13th St and 4th Ave closed down. And those rolls were good and spicy.

Burrito place attached to an Indian place? Sorry but that is perhaps a bridge too far, even for us moron yokels in late-2016 EV.

San Loco is the only burrito that matters in the East Village.