The idea was that Edward and Neal's would be an offshoot of Covey's Upstate, his popular craft beer and oyster outpost around the corner on First Avenue.

After 14 months, Covey has decided to switch up concepts... which explains the arrival late last week of Tableside, an Italian Cook Shoppe... 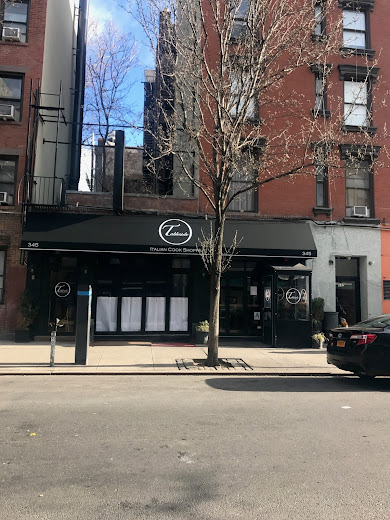 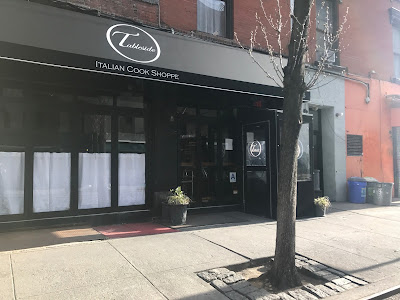 A sign on the door points to some spring cleaning... 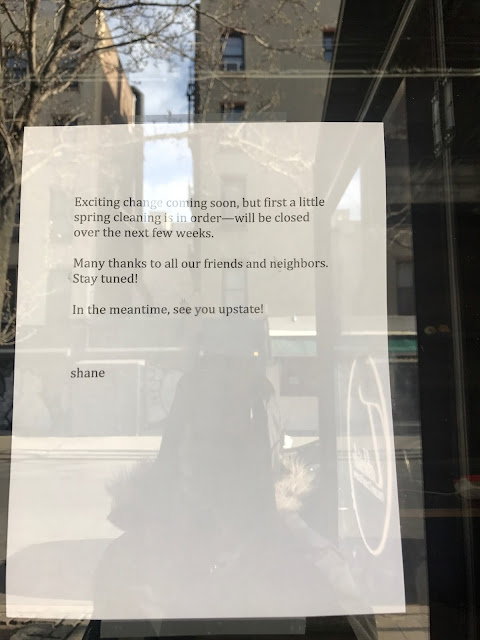 We asked Covey more about the new venture.

"I needed to switch it up. I was never able to be there as much as I should. Running fresh fish places took all of my time," he said. "Also I thought the prices were too high. I have not raised Upstate's prices since we opened [in 2011]. So Edwin and Neal's had to compete with a fish place right around the corner with better price points."

And how was business?

"Financially, the place was doing better than fine. I was pleased with it. But I was tired, I needed something a little easier to run," he said. "I found a great young manager Anthony who comes from a restaurant family."

Despite the "shoppe" in the name, there won't be any retail at Tableside — "just good fresh and affordable pastas and wine." He also said that he is retaining the entire Edwin and Neal's staff, front and back of the house. "So all the same familiar faces, just instead of fish it's going to be Italian."

Covey said that he is using March to renovate.

"The [neighborhood] is a little slow and then — hopefully — we are back come April."

I went to Edwin & Neal's around when it first opened...it was quite good. Best of luck with their new concept.

I'm really sorry about this. I love Upstate, but Edwin and Neal's had a slightly different kind of menu that you don't come across as often in the EV--fish fillets or steaks or other dinner plates with aptly chosen sides/accompaniments (as opposed to a majority of shellfish at Upstate). I had great dinners there. I love pasta and wine too, but there are already so many places to get those in the east village. Wish them luck but will miss Edwin and Neal's. (And I'll go old school here and say how much I still miss Pisces.)

Upstate is just a rowdy packed weekend destination. Not a neighborhood joint. Let's see what this one will be like.