Lanza's has returned — on 23rd Street 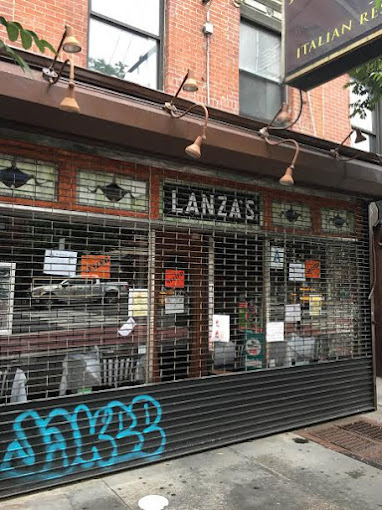 Last July 14, the state's fluorescent SEIZED sticker (for "nonpayment of taxes") arrived at Lanza's between 10th Street and 11th Street.

The old-world Italian restaurant, reportedly first opened in 1904, sat untouched until workers cleaned out the space in January.

Anyway, over the weekend, EVG regular OlympiasEpiriot noticed this storefront on 23rd Street between Second Avenue and Third Avenue... 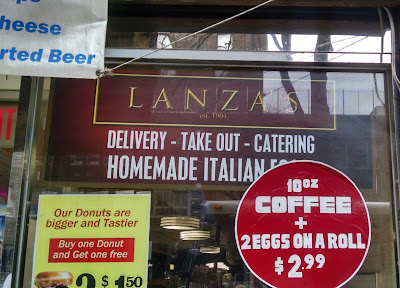 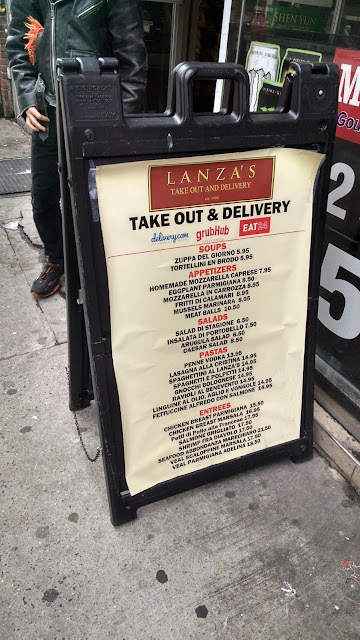 Apparently, in the past few months (no reviews yet at Yelp), the people who had been running Lanza's started offering some of those menu items to go or for delivery in space that also houses Marina Gourmet Deli. 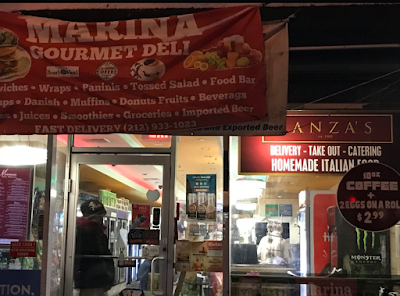 As for the former Lanza's space on First Avenue, Joe & Pat's, the pizzeria that has been serving up slices on Victory Boulevard in Staten Island since 1960, is taking over.

Lanza had ceased to be a go to place on First Avenue long before it closed down. Yes, a few memories of meals with friends in years gone by remain, but there is nothing that would entice me to walk up to 23rd Street to get take out just because it was marked "Lanza." Good luck to whoever is using the name, but you now have a new neighborhood to lure into your sphere.

Called today and they are no longer at that Marina Deli. Did anyone try their food while it was there? Does anyone know where they went?

Wow! Lanzas was old school Italian..when italians occupied the whole east village! I think the only italian History you see there now is veneros bakery.

My father had a pizzeria on the same block, Vera Pizzeria. And my Grandfather started Lanzals. Uncle and Aunt owned DeRobertis pastry. Around the block was Provenzano Lanza funeral.