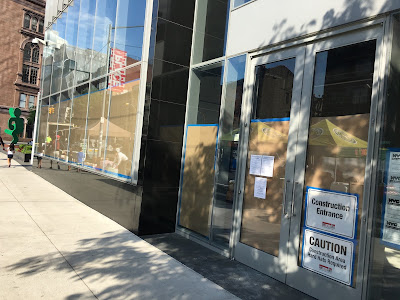 Workers are prepping the corner of 51 Astor Place/IBM Watson Building/Death Star at Third Avenue and Ninth Street for Shake Shacking.

Anyway, paper is up on the Third Avenue side of the building ... along with various permits... 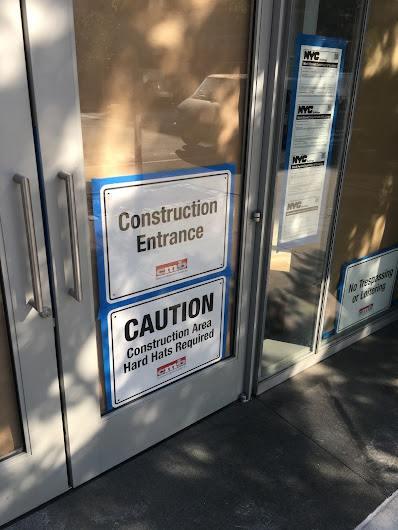 Shake Shack has also applied for a beer-wine license. This application will go before CB3's SLA committee tonight... 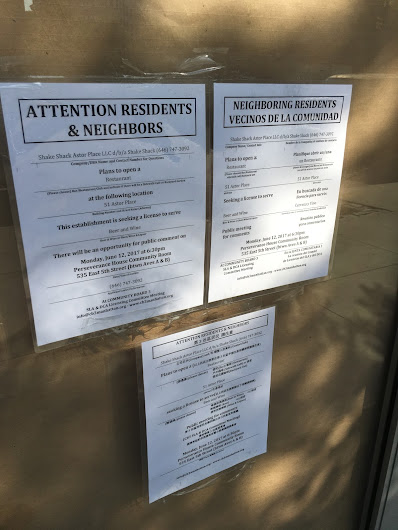 And here's a look at the space from the Ninth Street side, which no one has papered over just yet... 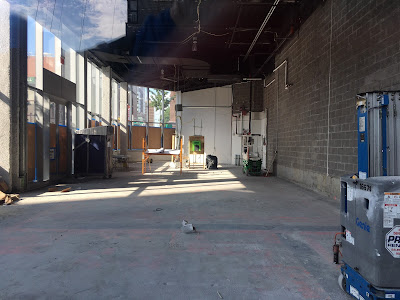 The Post, who first reported on this new lease, said the Shack is expected to open in the fall.

Previously on EV Grieve:
Astor Place Shake Shack going for a beer-wine license
Posted by Grieve at 4:05 AM

Can't wait!! I am sure my friend RM is already on line. Great, wonderful news for the EV.

This is not good news for the EV but great news for "Mid-town South" and all those that just moved to this "area".

i'm torn by this. love The Shack. hate that this is the use of 3k sq ft space. then again with all the over-priced mediocre burgers in the area, this is welcome news.

in terms of "death star" --are you referring to how many people are going to blimp up and explode once Shake Shack starts doling out burgers?!? lol

I bet the incoming Moxie Hotel clients will love this place woooooo.