Out on a walk with Touchy Blinky 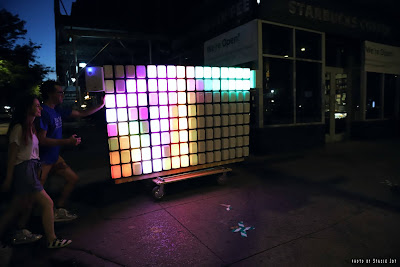 I received an urgent message one recent evening about an interactive art installation with music in Tompkins Square Park. So I raced over to see for myself.

There, I met East Village resident Uriel Guy, the creator of what's known as Touchy Blinky. It was something to behold in the heat of a summer night in the park. Uriel showed me how Touchy Blinky works by adjusting the lights, patterns, colors and music. 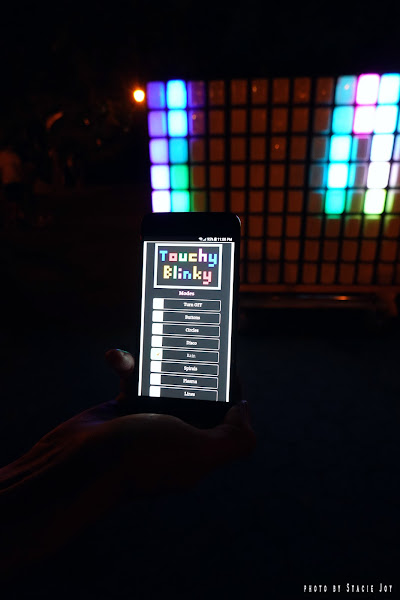 I had some questions, so we agreed to meet up the next time he brought it out. I tagged along with Uriel and his friends as they steered the piece from its East Third Street home to Tompkins Square Park. 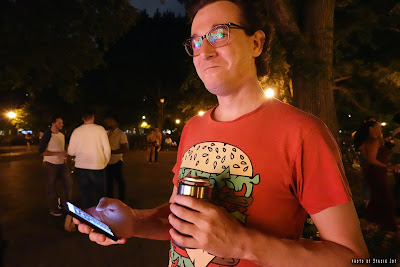 How did Touchy Blinky come to be?

Touchy Blinky came about as I wanted to build the biggest Burning Man art installation that I could fit in my one-bedroom East Village apartment.

Originally I envisioned it as a musical instrument — something that people can press buttons and affect the music played, but by the time I built the buttons and light parts of it I realized I am not musical at all, and decided to focus it on the tactile and visual experience, which proved to be even better than the original idea.

It was actually planned to leave NYC for good this summer and permanently live at Burning Man and create room for other projects, but with coronavirus canceling the event, I decided to put it on wheels and share it with the neighborhood. I want to help keep the East Village — and NYC — weird. 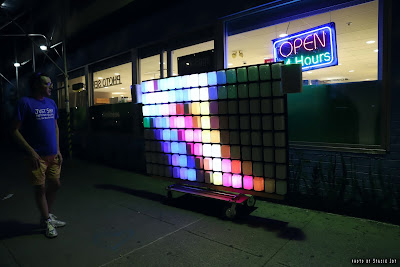 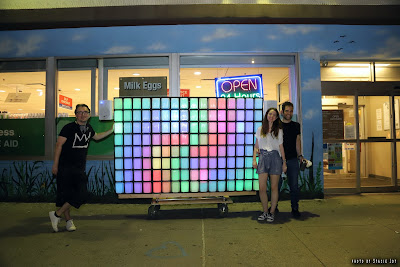 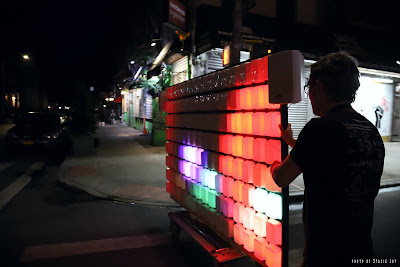 How did you create the piece?

I wanted to create a giant musical instrument. The main considerations were to make something portable, so I can take it to places in [a car], and cool, so people enjoy it.

After prototyping a few versions, I had one that survived about a year and required tons of maintenance, so some more work later, I created the one I have now. I’m very proud that I was able to do it all on my own — design, woodwork, electronics and coding.

One of the happiest moments was when I realized I can use takeout containers with paper towels instead of having a custom-made box. That’s probably what made the project affordable and brought it to life rather than get abandoned along the way.

The name came up as half a joke when trying to find names with my girlfriend at the time, but it described it perfectly and sat well with the "this is just for people to enjoy" attitude of the project. 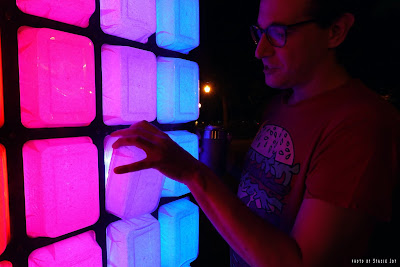 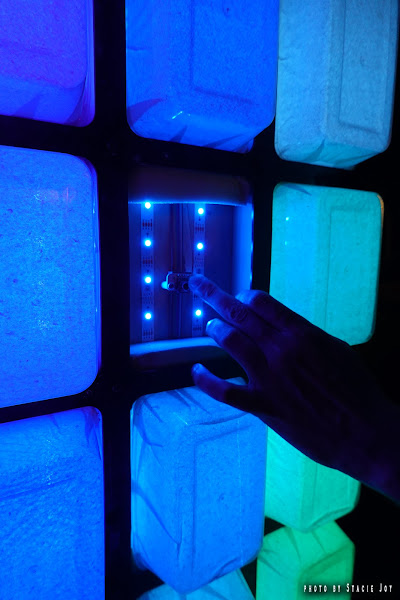 Where have you and Touchy Blinky traveled?

The first version — may God rest its soul — went to a festival named Transformous and to the NYCResistor Interactive Show in Brooklyn.

This version has been to Burning Man a few times, where it’s double in size, with the other half in storage there, the National Mall for the Catharsis on the Mall event, and a couple of parties in NYC and one in D.C.

What’s the general reaction to Touchy Blinky? How do you decide where to bring it?

The question I get most often is, "What is it?," which I admit I don’t have a good answer to. It seems that people like it, and I'm happy to say we're starting to get regulars. I'm very glad to meet new people from the neighborhood.

Generally, I try to find places where Touchy Blinky won't be too much of a nuisance. Mostly it's just Tompkins Square Park ... but there are walks planned soon to the Lower East Side and Washington Square Park. 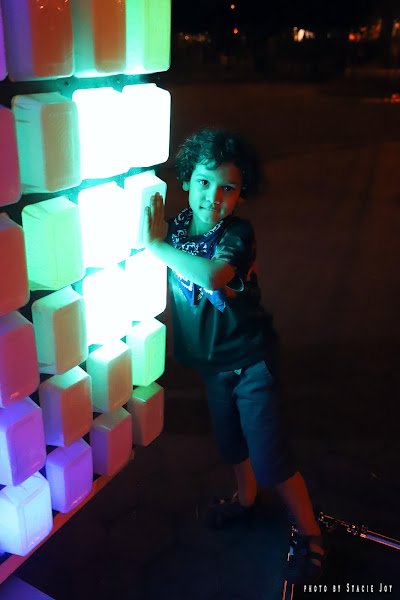 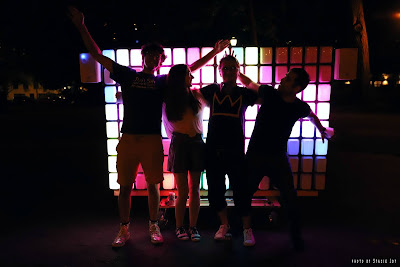 You can keep tabs on Touchy Blinky via Instagram.
Posted by Grieve at 6:20 AM

Let this be an inspiration for more outdoor art that can be brought to people this summer! thanks Uriel, and Stacy for this story & pics.

URIEL! THIS IS YOUR MOTHER! PUT ON A MASK!

(Not really. But we want you providing weird art for years to come.) xoxo

Excellent— I hope to cross paths with Touchy Blinky soon!