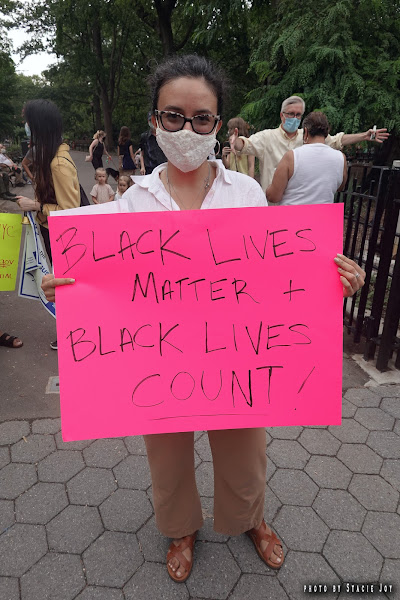 All photos by Stacie Joy

Local elected officials gathered today on Seventh Street and Avenue B at the start of a march to help bring awareness to the importance of filling out the 2020 Census. 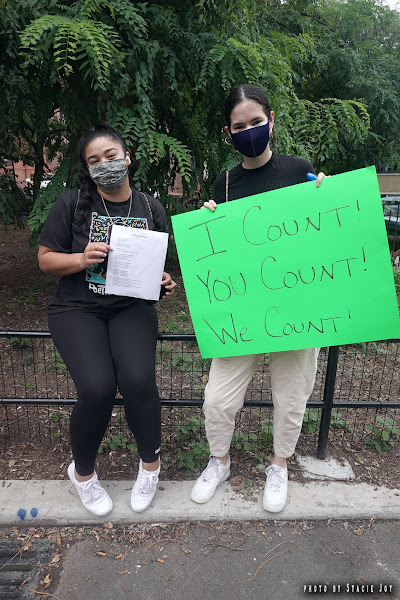 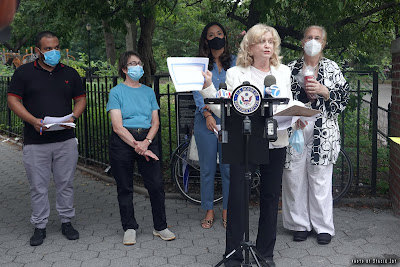 Per the press materials:

New York City is facing record low Census response rates, especially in low-income areas and communities of color. For every 1 percent of the population missed in the 2020 Census, New York City could lose nearly $7.3 million in federal funding for public education.

With the next Census 10 years away, that means more than $70 million dollars that our city’s public schools could be deprived of over the next decade, with more than $4 million dollars lost to NY-12 alone. A 1 percent undercount also means NYC could lose $3.7 million per year for critical jobs programs. That’s nearly $40 million lost over the next decade for services like career counseling, mentoring, and apprenticeship.

The march, which included a drum line, ended in Astor Place. 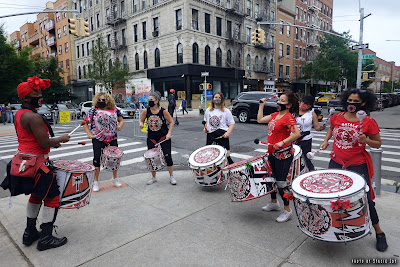 Officials urged residents to fill out the Census forms online.
Posted by Grieve at 8:41 PM

Email ThisBlogThis!Share to TwitterShare to FacebookShare to Pinterest
Labels: Census 2020

I filled out my census form online which was easy. The census workers have been in my bldg working hard to account for everyone. One big problem seems to be that people moved or 'disappeared' in mid-late March when the lock-down started, and now those people are not accounted for. They either didn't leave forwarding addresses, or broke their leases and split to parts unknown. The census worker I talked to this evening was desperately trying to find out about a neighbor and I helped him as much as I could, but it would be best if everyone could just take 5 minutes and go online and do it themselves.

Out knocking on doors all day. It's annoying how many people just can't be bothered to do the 5 to 10 minute interview.

Maloney in the park...did she bother to walk around the neighborhood for an hour and really see what it is like?

Carolyn Maloney is only looking for photo ops!

Re 8:56 Census asks where were you living on Apr 1 2020. So anyone who left NYC earlier would not be counted as a resident.

I filled out my census very grudgingly. You mean to tell me the gov't doesn't know exactly who, where and what I am. Yeah right.

Anon 1PM:Not true!
From Census.gov, "if someone is just living with you temporarily due to the COVID-19 situation, they should be counted where they ordinarily would [have been] living on April 1, 2020"
://2020census.gov/en/who-to-count.html

My understanding is that you can also skip one question without triggering a follow-up (hello, binary gender q.,etc).The followup is just a call/ knock from a census worker, but I think you can still skip one and have your response be counted as complete.