The formerly mysterious 84 2nd Ave. no longer looks mysterious at all 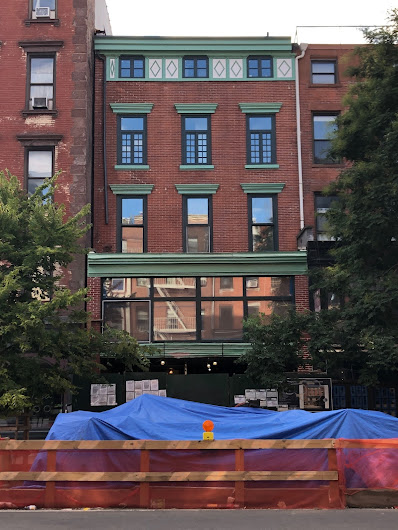 Workers have removed the construction netting and scaffolding from outside 84 Second Ave. ... providing a look at the refurbished building here between Fourth Street and Fifth Street... 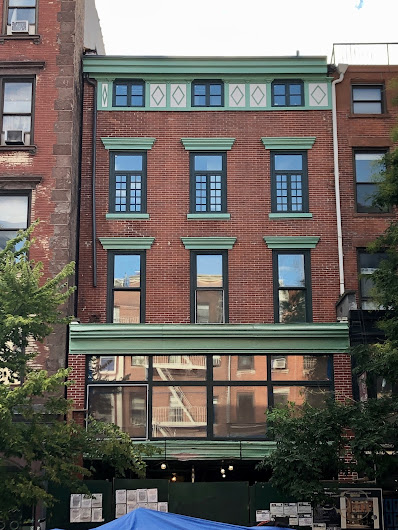 As we've been posting forever, No. 84 is in the midst of a gut renovation that will take the building from its current 5,829 square feet to 8,439 total square feet with a horizontal enlargement in the rear of the property. The modified No. 84 will feature new retail space as well as four residences.

The storefront had remained empty since her death. 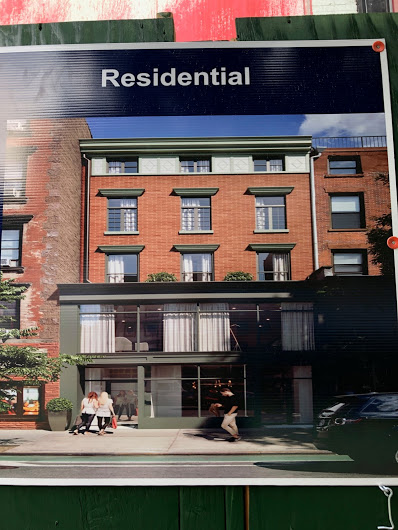 Previously on EV Grieve:
• Plywood and a petition at 84 2nd Ave.

• There are new plans to expand the mysterious 84 2nd Ave.

not bad but no way i would ever live there

For once, reality looks better than the rendering. I'm glad they kept the diamond decorations on the top floor and hope the inside is as nice as the outside.

Great job on the exterior.

Beautifully done. It was just an old dilapidated structure for years. Now it will be a welcome sight again. Big money made it happen.

Nice to see a renovation that doesn't ruin the building's look! Kudos to whoever had the brains to realize that you should leave a good-looking facade alone.

Never live there..There are Ghosts living there too.

Any bets on whether or not Helen will haunt the shit out of it? Fingers crossed yes.