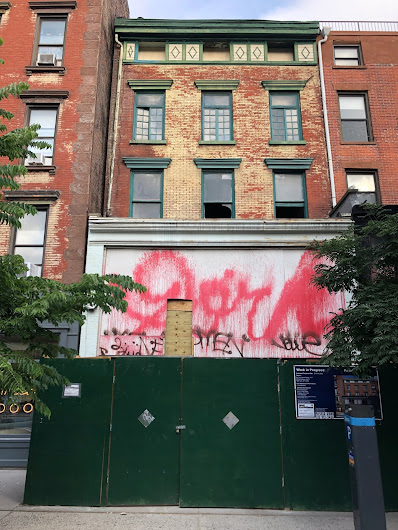 There's now a rendering on the plywood offering a look at what the under-renovation 84 Second Ave. will look like when work is complete here between Fourth Street and Fifth Street... 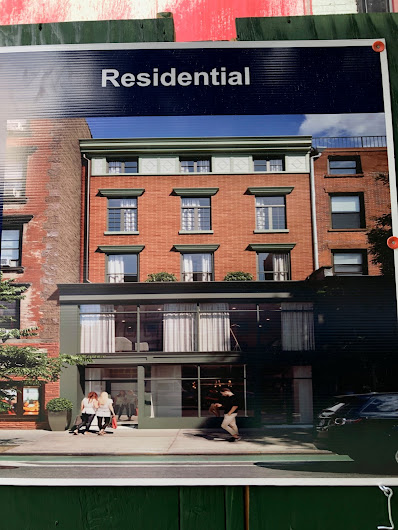 We noted a few weeks ago that work is underway on the five-floor building, including "a horizontal enlargement at the rear." (Read the previous post for all the details on the renovations.)

Also as noted though the years, the building had a dark, mysterious air ... there was the now-removed plastic-covered dinner jacket in the second-story window with the neon sign that read "DRESS SUITS TO HIRE." 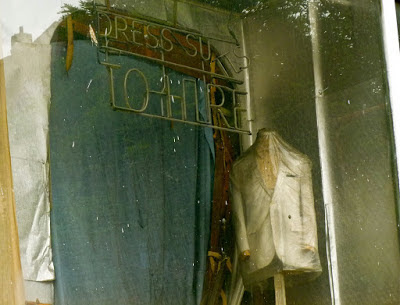 In 1974, Helen Sopolsky, proprietor of the family's tailor shop, was found bludgeoned to death, according to published reports at the time. The case was never solved ... and the storefront remained empty — save for that dinner jacket — in the years following her death.

Her sister, Betty Sopolsky, remained a tenant of the building, which she sold in 2016. It was not known who else may have lived at No. 84. 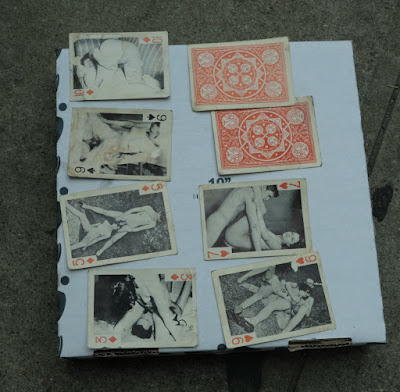 There are new plans to expand the mysterious 84 2nd Ave.
Posted by Grieve at 4:11 AM

So surreal to see the place getting worked on!

They installed a door with a lock on the right hand entrance after I took photo of the cement that was dropped on the vintage floor. The photo was sent to the LPC as the preservation of that floor was a stipulation in them getting their permit. Who knows what else they are doing behind the huge construction fence they drilled huge holes in the concrete to support. Really? 12" diameter deep holes filled with cement to hold up wooden posts? What are they hiding?

Maybe the cards should've been given to the police just in case there was some connection to the murder? Might've been some DNA on them.

Or maybe I've been watching too much Investigation Discovery channel.