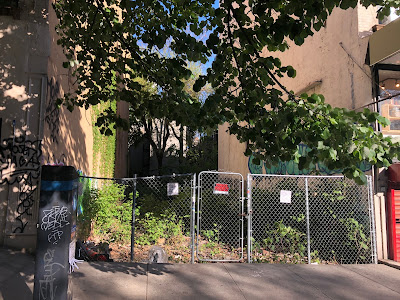 A few weeks ago, in a post with a "rats galore" headline," a reader pointed out that the long-empty lot at 89 First Ave. between Fifth Street and Sixth Street had become a dumping ground for discarded boxes and other unwieldy items.
Among the questions the reader had: suggestions or tips for getting the lot better secured from dumping and trespassing.
Last week, someone removed the mushy stacks of boxes, whacked some weeds and posted "private property" signs... 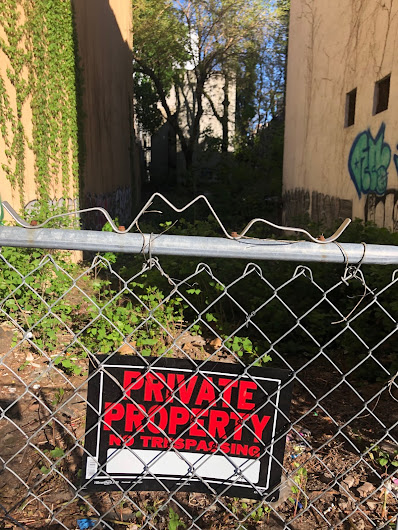 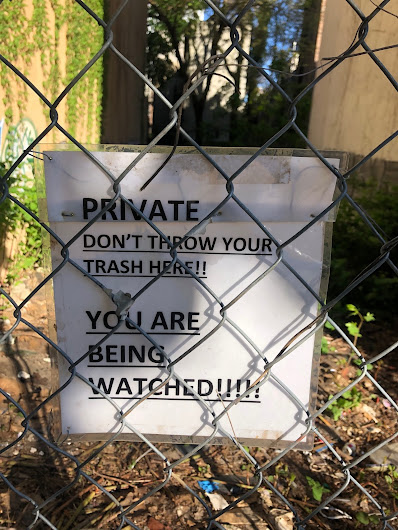 We'll see if this keeps the Utz-Chips-box-tossing scofflaws at bay.
To recap: There are development plans here ... in May 2020,  another set of new building permits were filed with the city for the lot.  According to the DOB, the proposed building is six floors with eight residential units and ground-floor retail. In total, the structure is 8,183 square feet. The project is still awaiting approval.
This is the second time in recent years that plans have been filed for a new building for the address. In 2017, the city never approved plans for a similar-sized structure — eight units, six floors.

As previously reported, Florence Toledano was the owner of this lot. In 2013, public records show that the deed for the property was transferred from the Florence Toledano Living Trust to 89 First Avenue LLC. The DOB permit lists Daniel Toledano as the manager of the property. (And people always ask: Any relation to former boy wonder tenant hassler, Raphael Toledano? Don't know. Going with No.)
Previously on EV Grieve:
• Will this long-empty lot on 1st Avenue yield affordable housing?

• Workers remove the sculpture fence and prep lot at 89 1st Ave.
Posted by Grieve at 5:10 AM