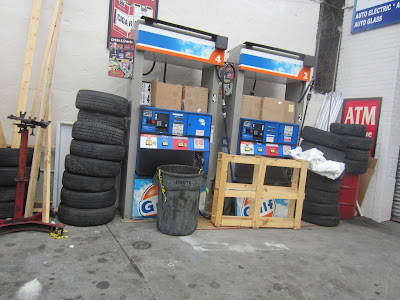 At Mott and Houston: "FUCK YOU BLOODSUCKERS WE WANT A BODEGA BACK" (Jeremiah's Vanishing New York)

More seafood for the LES (BoweryBoogie)

...and as we first reported back in June, Tahini closed for good on Third Avenue at St. Mark's Place... on Monday, workers stripped away the exterior... 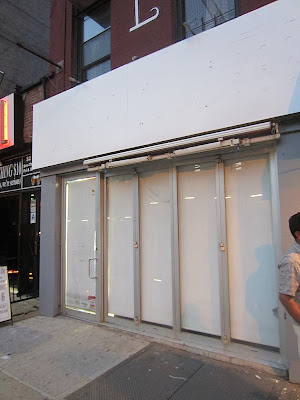 Updated: Oh. That was fast. A tipster says that the location is now a pizza place... maybe something like the former St. Mark's Pizza? 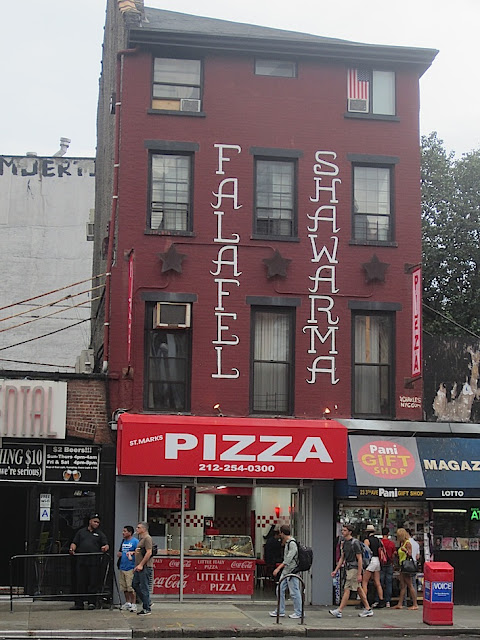 Does the painted Falafel Shawarma sign refer to anything still in existence? (I tend to avoid that corner at all costs so please excuse my ignorance.)

when that falafal place opened they had a naming contest which i entered but did not win. my suggested name was "where the f*ck is the pizza place?"

my name clearly made more sense :)