A quick look inside the former 7A 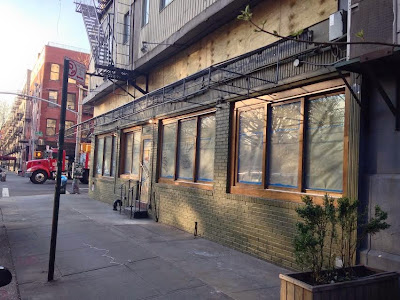 There has been activity of late at the former 7A space on Avenue A and East Seventh Street … where workers are renovating the interior for a new restaurant-bar-cafe … various EVG tipsters told us that the place will be the second outpost of restauranteur Paul Salmon's Miss Lily's along with a Melvin's Juice Box.

A rep told Eater last month that the new place will "pay homage to the cafe history of 7A," but it will also have "elements of Melvin's Juice Box and Miss Lily's." 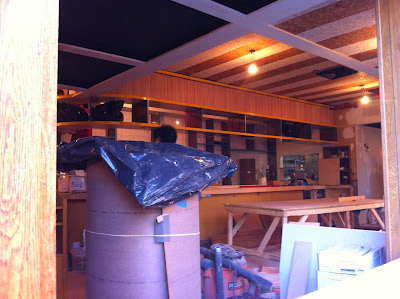 EVG regular Dave on 7th sent along the above photo showing how the interior is shaping up.

[Updated] Reader report: 7A will close at the end of the month

Renovations underway at former 7A space

[Updated] Rumors: 7A space will become a 2nd outpost of Miss Lily's and Melvin's Juice Box
Posted by Grieve at 5:00 AM

Reading between the lines is this space being turned into a bar with some tables and bar food a la Virage?