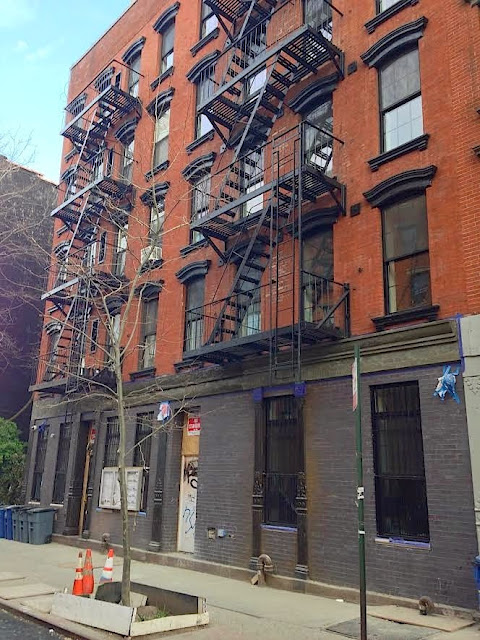 For more than 30 years, the residents of 245 East 2nd Street have overcome many obstacles to rightfully occupy and inhabit their home. They are not only witnesses, but founders and contributors to a downtown art scene based on community action, political protest, and tenant’s rights.

With the recent purchase of their building, and the continuing gentrification of the surrounding neighborhood, these residents are facing increasing pressures in the neighborhood they have fought for decades to transform.

Artists Peter Cramer, Carl George, Kembra Pfahler, and Jack Waters have lived at 245 East 2nd Street since 1984. David Orama, a community youth organizer, has lived in the building since childhood where his family moved in the early '70s. In 2010, their building was sold commencing a construction nightmare that has lasted for more than two years.

The construction continues at 245 East 2nd Street and in the adjoining building to the west, 243 East 2nd Street — both buildings purchased in tandem for $1.6 million dollars by partners Jon Ostrow and David Stein of JD 245 LLC and JD 243 LLC.

For more than two years the new owners have embarked upon non-stop construction, sometimes six or seven days a week, violating court ordered stipulations as to how and when the work should be done, compromising tenant’s health and quality of life to such a degree as to cause tenants to feel like they are being harassed.

Cramer and Waters are filmmakers and a performing duo that manage Allied Productions, Inc, a non-profit arts service organization, and Le Petit Versailles, a community art space and NYC GreenThumb garden. George is an artist and curator, and the creator of "DHPG Mon Amour," a pivotal film short about AIDS. Pfahler, a painter and performance artist, heads the rock band The Voluptuous Horror Of Karen Black. 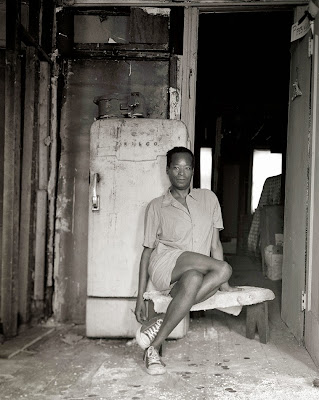 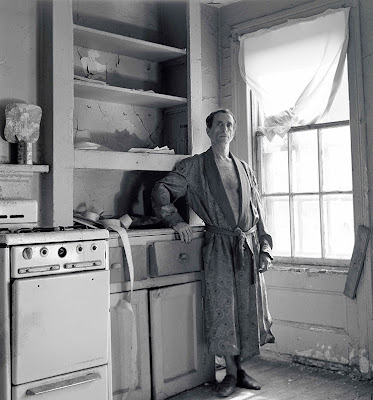 In 1984, Cramer, George, and Waters toured for three months in Europe with their performance/dance company P.O.O.L., only to discover upon returning that in a few, short months, rents had risen to impossible heights and were still escalating. Costs were so prohibitive the only place they could afford to live was a warehoused tenement building in the LES — the epicenter of the drug trade at the peak of the global heroin epidemic.

As residents of 245 East 2nd Street, they collectively rehabilitated their individual apartments and the tenement building, which at the time they moved in was on track to be emptied by intentional negligence and violent harassment of the occupants of two of the units — both Puerto Rican families.

Hoping to make one last bit of coin before allowing the building to deteriorate further, the then owner permitted the artists to move in and renovate their crumbling units in the all but abandoned building with no front door, no heat or hot water, and a constant flow of drug traffic to the notorious heroin shooting gallery that occupied the top floor. The artists united with the remaining two families in the building to form a tenant's association. 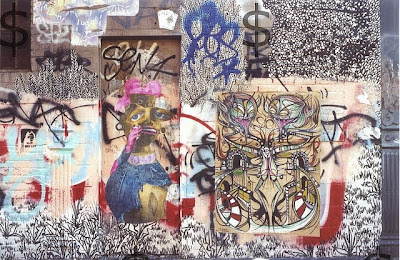 From that point on and for the past 30 years the residents of 245 East 2nd Street maintained the building and worked to improve living conditions on the block through sweat equity, community organizing and upholding their rights in housing court against negligent owners.

Next door to the east of 245 is Le Petit Versailles (“LPV”), the operation GreenThumb garden started by the artists in cooperation with neighborhood residents. They created LPV as a defense against the vandalism attracted by the drug dealing and auto theft for which the previously abandoned empty lot had become a fortress.

The 2nd Street artists' collaborative work was galvanized by their performing in the club circuit of the '80s typified by the Pyramid Club on Avenue A, Danceteria on 21st Street, Club Armageddon at the Jane West Hotel, and other nightspots around the city where they performed and organized art events. 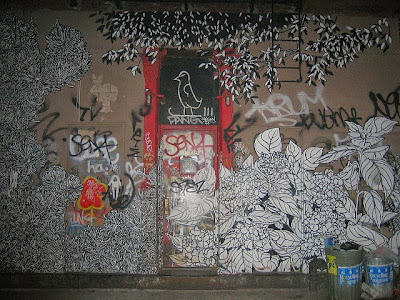 The artists knew each other from ABC No Rio, the alternative community center they ran and organized shows for on Rivington Street.

No Rio is a socially progressive cultural center founded in 1981 by the artist organization Collaborative Projects, Inc. (CoLab). CoLab is famous for The Times Square Show that brought attention to the sprawling midtown urban blight of its day. CoLab followed up with The Real Estate Show, the inaugural show at ABC No Rio which highlighted the corruption and blatant collusion of the Koch government with real estate speculators in Lower East Side and East Village neighborhoods — eerily similar to the Bloomberg administration’s 12-year mandate to facilitate and tax abate luxury real estate developers and push working class and poor New Yorkers out of Manhattan and the surrounding boroughs.

There is a press conference/celebration tomorrow morning at 11 at Le Petit Versailles on East Second Street near Avenue C ... the event is titled "Residents And Urban Gardeners Resist Gentrification." Find all the details about the speakers here. 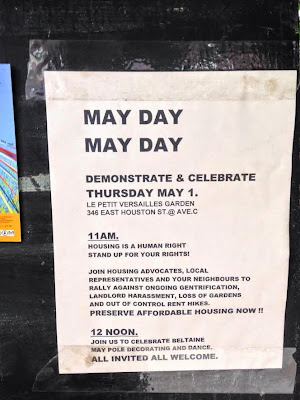 Renovations, penthouse in the works for 243 E. Second St.
Posted by Grieve at 5:30 AM

Wow this long. What are they asking for? I'd like to help but...get to the point.

Wish this were on the weekend so those of us with day jobs could attend! :-\

The point is that preemptive action is more effective than waiting for an irreversible crisis. What you can do is SHOW UP: We'll have information and contact resources for how YOU can resist gentrification for yourself and your community!

Let me guess, they are asking for free or subsidized rent. Move on an let development happen.

Wouldn't this demonstration have more visibility if it too place in TSP or Union Square? This sounds like it's going to be the same handful of people complaining, rightfully, about gentrification but what will come of it?

Kudos to these artists for undertaking such a breathtaking restoration of this turn of century building. I live around the corner and continue to admire the beautiful restoration as it unfolds. This is the perfect example of how a historic building can be rehabilitated and restored rather than destroyed.

Wow, I know these people; I've known Peter and Jack were with Petit Versailles, but I didn't know they were in trouble with their landlord—but who isn't? I'm in court right now with my landlord.

Please keep us updated on this situation; I figured I heard about the press conference on too short notice to attend, but I'd like to be involved in the future.

I'll be there. Good Luck Real-Estate Trolls you're WAY out numbered. This is a City of Renters. Majority 80% is it. And pretty much everyone is bitching about getting RAPED FOR RENT.

I know they were offered buyouts but stood their ground. the renovations are complete,