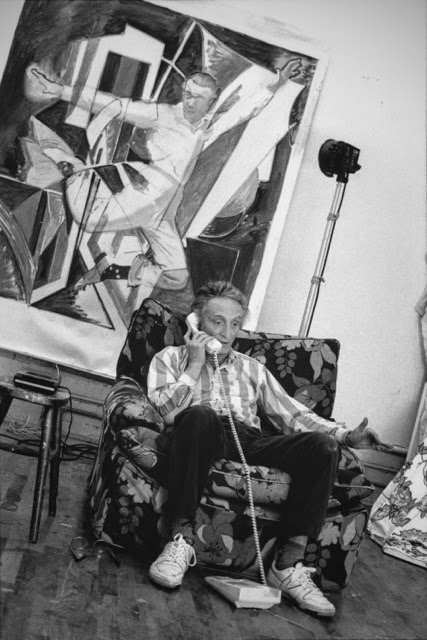 [Artist Larry Rivers in his 14th Street loft. Photo by Barry Kornbluh, from the book "For the Artists"]

Longtime East Village resident Greg Masters recently compiled the book "For the Artists: Critical Writing, Volume 1," which chronicles the neighborhood's burgeoning gallery scene in the 1980s. At the time, Masters was writing for a number of publications. This collection includes interviews with Rudy Burckhardt, Sandy Skoglund and Larry Rivers, among others, as well as reviews of museum and gallery shows from that time period.

We asked Masters a few questions about the project as well as his feelings about the East Village of 2014.

How did you go about selecting the essays/interviews for Volume I? Were you looking for a common thread among the subjects?

This first volume of my critical writing focuses on visual art on display in Manhattan in the 1980s. For ARTS Magazine I made the rounds of the galleries on 57th Street primarily showing established artists. For Cover magazine, I wrote reviews and artist profiles covering the East Village scene – when 70 or so galleries suddenly sprung up in this neighborhood. 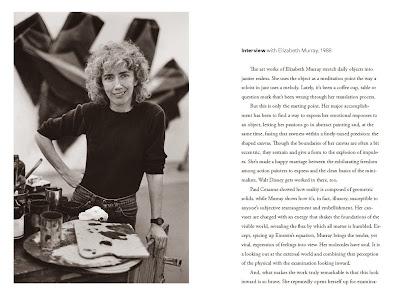 I enjoyed responding to the mix of recognized artists uptown and then also championing the work of less-established artists downtown whose work I felt was deserving of public recognition. The range of work was disparate – money and class uptown, plus the fervent energy of dedicated practitioners of the arts here below 14th Street – but a sense of community united it all, a clubhouse for those possessed of a proclivity for the creative.

I have a Volume 2 in manuscript that gathers my essays on books and music – from extended essays on Miles Davis, William Wordsworth and William Carlos Williams to interviews with Richard Hell – written over the past 25 or so years for various publications and websites. I plan to issue that soon.

Anything in particular surprise you about the materials when you went back to revisit the work for the book?

Not really. I believe the writing holds up. I'd been mainly a poet and short-story writer when I began writing art criticism. There was a precedent of poets doing this going back at least as far as Baudelaire. More recent precedents for me were Ted Berrigan and John Ashbery, though it was poet Edwin Denby's dance criticism and the painter Fairfield Porter's art criticism that were my real models. It was a way to reach a broader audience than the 20 or so friends who showed up for poetry readings. It also gave me an entrance into journalism.

Has this project made you nostalgic for this particular time and place?

Maybe a bit of nostalgia for my youth. It certainly documents an era when it was cheap enough to live in Manhattan that artists of all sorts could devote more time to their work, and we were all young enough to spend a lot of time together – showing up at each other's art openings, readings, performances, beds. The East Village was especially vibrant. 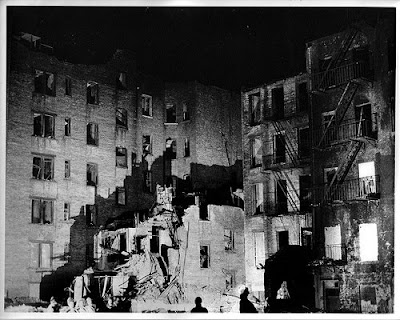 [Photo of East 7th Street by Cactusbones via Flickr]

Between the burnt-out buildings, oppressive political environment and the winters in tenements with no heat and hot water there was a lot of collaboration and support and socializing among the painters, sculptors, filmmakers, poets, dancers, writers, musicians and unclassifiable creative types.

You've been on the LES since 1975. Obviously there have been enormous changes... what, however, remains the same about the East Village in your estimation?

Well, physically the scale is still charming. It still has the feel of a village. It's still enjoyable to walk around here. There are not a lot of buildings higher than five or six stories and there's still remnants of the ethnic diversity that so enlivened the experience of living here. Certainly the nature of the shops and the demographic has changed. It's safer. I'm still getting acclimated to the idea that when walking down the block I don't have to look over my shoulder.
Posted by Grieve at 5:20 AM