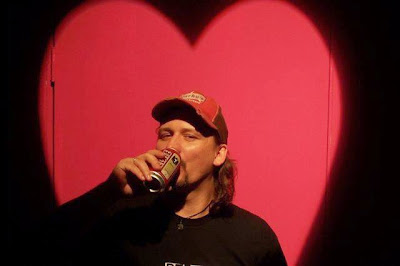 Derek Lloyd, a popular figure in the local theater community, died Tuesday of an apparent heart attack. He was 45.

Officials at PS 122, where he worked as director of production, released the following statement last evening:

There are those in theater who are content to make things possible. Derek made them better.

Thousands of artists, and tens of thousands of audience – whether they knew it or not – benefited from the passion, love and care with which he approached getting live performance on stage. This was matched only by the passion for his wife, Mary Rose-Lloyd, his family, his cats, his cooking and the Mets.

He was a mentor and teacher to hundreds of young technicians and artists, a designer, a sparkie wrench head techie of the highest order. Derek raised the bar of what PS122 could do for its artists, and enabled them to create stronger, better work. He pushed us all to be better and to do better. With little equipment and very modest infrastructure he made PS122 somewhere people wanted to work, wanted to create. He said yes to impossible dreams.

Performance Space 122′s current transformative renovation would quite simply not be happening without him. Derek spent the last seven years dreaming of what could be in these new spaces, and was a passionate advocate for the possibilities they offered.

Derek was a true, loyal friend to many. A big, gruff hugger who unashamedly teared up when he saw injustice. Not all will understand this but as we say – he had a heart as big as Phar Lap’s.

We will miss him, and are poorer for his loss.

Here is his official bio at PS 122's website:

Derek is a graduate of the Victorian College of the Arts in Melbourne. After 10 years of working with some of Australia’s best experimental theater and dance companies he began touring Australia, China and New York. Shortly after re-locating to the US, he took a position as a technician at Performance Space 122 in 2000, eventually becoming its Director of Production ... Derek has had the great honor of working with the exciting and challenging artists that PS 122 presents, and looks forward to taking PS 122 into the future.

Memorial services are pending. However, there is an informal gathering of friends Sunday from 7:30 pm on. Friends are meeting at Dixon Place for the announcement of the Tom Murrin Performance Award (a friend and colleague to Derek) and proceed from there up First Avenue to the East Village. Follow Little PS’er Nyc on Facebook or @PS122 on Twitter to meet en route.
Posted by Grieve at 5:30 AM

Derek was one of the nicest people I've ever had the privilege of knowing. He will be missed by many.