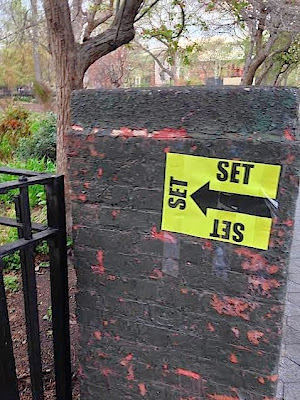 Crews were out early this morning setting up shots for NBC's "The Blacklist" ... 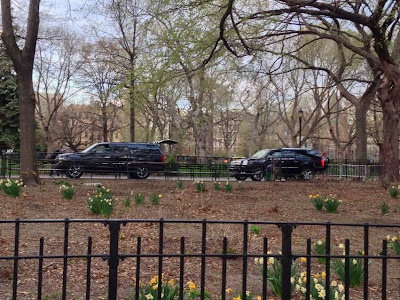 ... and a little later, there was some fake FBI action as well as star James Spader (seated in hat and glasses)...

"The Blacklist" shut down part of the Park last Wednesday as well ... followed by the "Law and Order: SVU" shoot in the Park on Friday. (Plus that Richard Gere film has been doing scenes in the Park...)
Posted by Grieve at 12:56 PM

so many shoots lately. eeesh.

It was WAY too early this morning to have that many people in SWAT gear and giant black government vehicles. I was a little more confused than usual.

The need to go away so I can relax in the park…
Have they made any old ladies with walkers go out of their way???