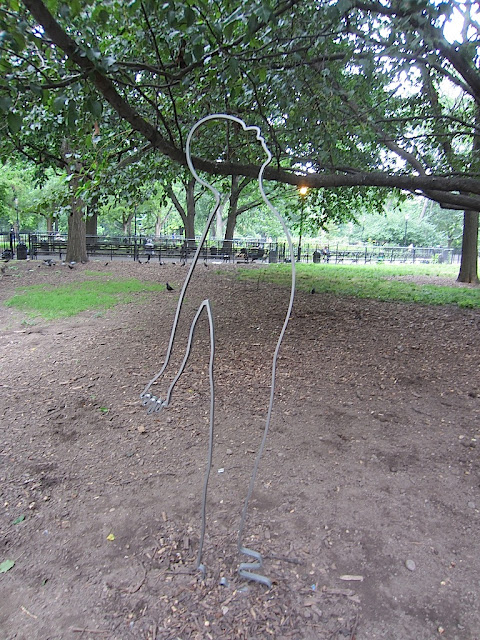 EVG note: We accidentally posted the draft version of this earlier! Which made no sense! Oops!

Fanny Allié's creation was expected to be in the Park through November... then she received an extension through April 25. 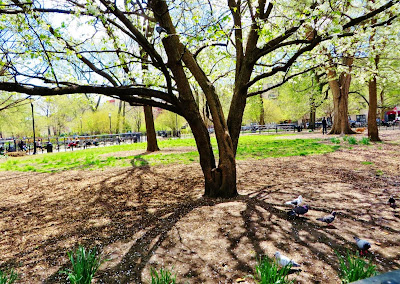 "I wish it could have stayed in the Park," she told us.

In June, the piece will head to Miami for a stay in the summer house of a current East Village resident.

The silhouette is in honor of Gamble, a former Park regular who was homeless for nearly 28 years. Gamble now lives in an apartment run by the Bowery Residents' Committee. 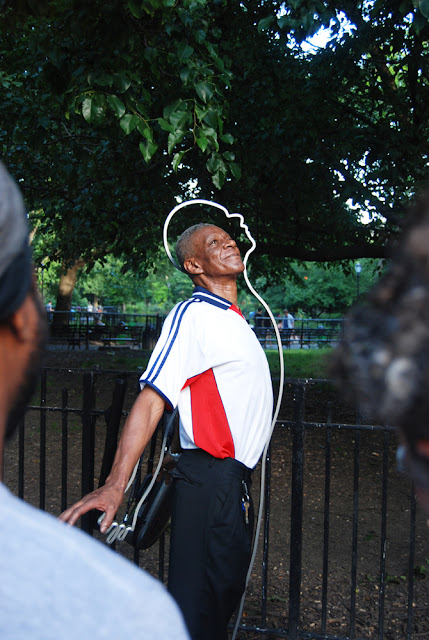 Previously on EV Grieve:
The street-smart style of Serendipity in Tompkins Square Park

Serendipity to remain in Tompkins Square Park through April
Posted by Grieve at 1:18 PM

I wish I was that current East Village resident with a summer home in Miami!