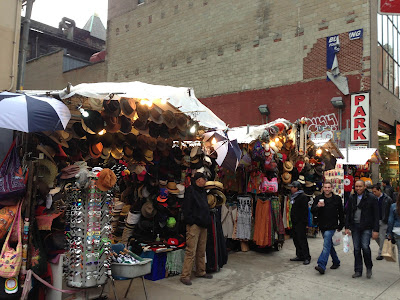 The long-running, open-air shops in NoHo on Broadway near East Fourth Street are no more… EVG Facebook friend Michael Hirsch noted that workers gutted the space on Saturday… 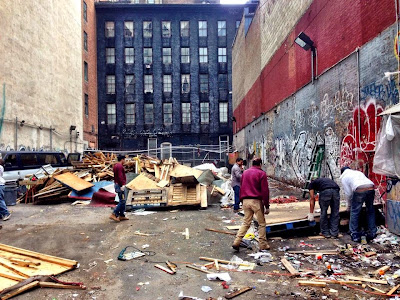 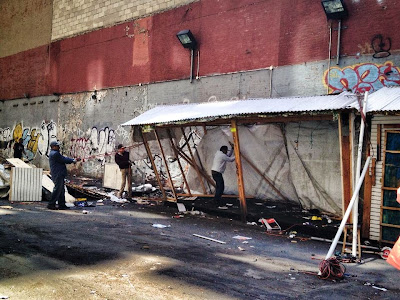 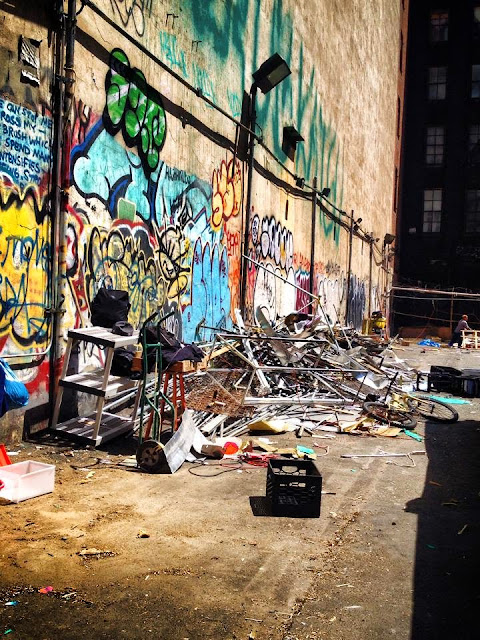 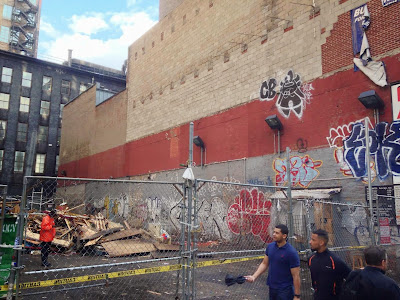 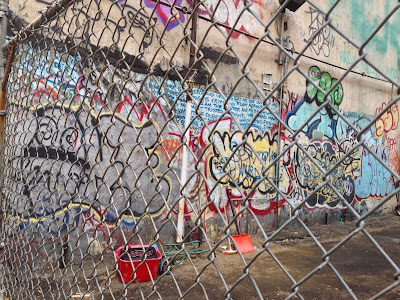 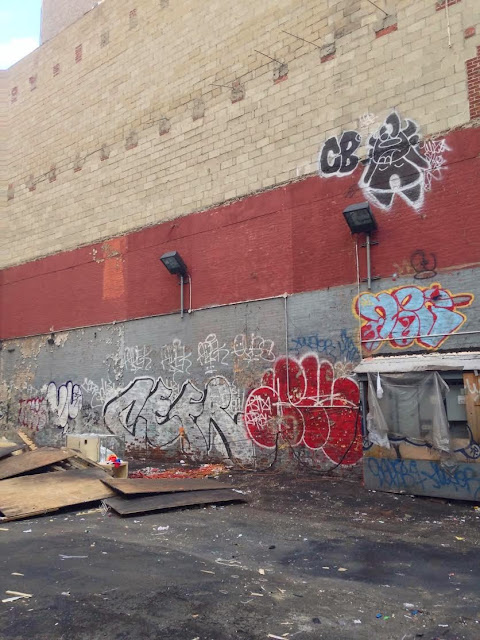 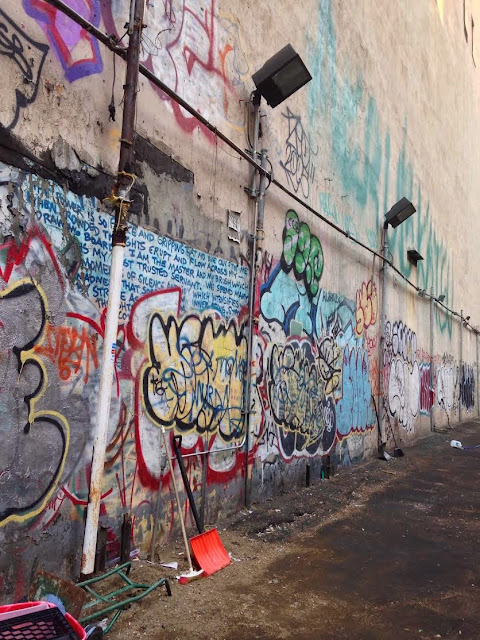 This has been in the making now for the past 18 months or so. There are plans on file for a new 12-story building. Here's a look at a rendering… 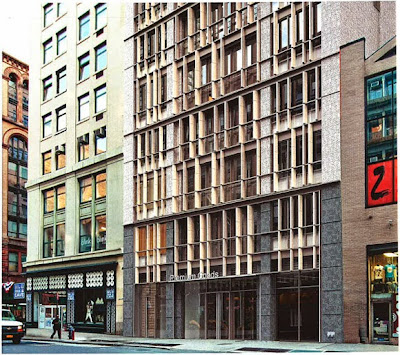 The DOB hasn't approved the plans for the new building just yet. The 12-story, 13-unit project (which includes a set-back penthouse) will have 3,970-square-feet of commercial space on the ground floor. Read more about the project at Curbed here.

According to Off the Grid, the space at 688 Broadway has been a parking lot since 1960 when two loft buildings were demolished.

Email ThisBlogThis!Share to TwitterShare to FacebookShare to Pinterest
Labels: 688 Broadway

What's with the cage made of 2x4s?

Oh no! Where will I get my hats and socks and leg-warmers and finger-less gloves and sunglasses now?

This story/facade of this hideous building is perfect for a Monday morning.

The balsa wood building in the rendering looks like it's about to fall down.

Awww, I know people are sick of nostalgia, but I think that some of us are nostalgic at an earlier age than we should be because of the rapid pace of this urban homogenization. What do teenagers do on Saturday afternoons if they can't browse through record stores, flea markets and Postermat?

As much as it sucks to witness things changing around us, we must accept that transformation often leads to new and exciting things. Perhaps if those who thought in positive terms, could see how change can be a good thing. No matter how many fight or object to these subsequent changes by campaigning, lobbying, attending community meetings, causing scenes, these events are going to continue to happen, hence the new buildings taking shape, and redefining what a neighborhood once was. It is it sad former buildings and businesses are vacant and extinct? Yes. But harping on, grieving on it, won't change anything. I am learning to embrace those changes around us by tweaking my attitude toward the homogeny of the East Village and the rest of NY. If it gets this bad in ten years, perhaps I will sign up for a one way trip to Mars.

I will miss you, dingy lot. It's a miracle you lasted this long though.

I'm not seeing any serious grieving here about this lot. The flea market was mostly for tourists, and I'm not sure the booths were really priced for locals.

It makes me think that some folks just expect commenters here to be anti-everything when it comes to real estate. I'm not sure that's true. Just because some people are against hyper-gentrification, it doesn't mean they're against every new development, and there are many here who shouldn't assume knee-jerk anger by others. And no, I'm not moving to the suburbs, but still reserve the right to bark all I want about other new construction.

I hate to see an historic building demolished (35 Cooper Sq., 135 Bowery), or a tall building going up around others that are lower in scale (sunlight killers), but this is a vacant lot between two tall buildings, soooo no crying here.

However, the Whitehouse Hotel is a totally different story. eeerrrrr!

Because who needs a sliver of light and air in the world, eradicate these evils wherever they are and put a glass tower on top of it

What are you babbling about 2:51pm? Get off the airplane glue. The flea market, I believe the last of it's kind below Hell's Kitchen, has been replaced by another ugly new building.

Embrace a $22 million ondo that will be privately owned? Huh??? This is not "change", this iis supergentrification. And it's made NYC (R) into the suburb i left behind, i thought.