The overnight work on the East Houston Street sinkhole 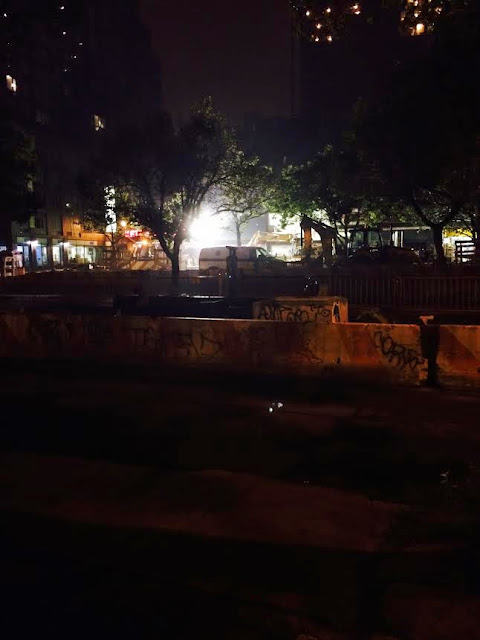 Crews worked around the clock to repair the sinkhole that formed after a ruptured pipe flooded East Houston Street with mucky water yesterday morning. 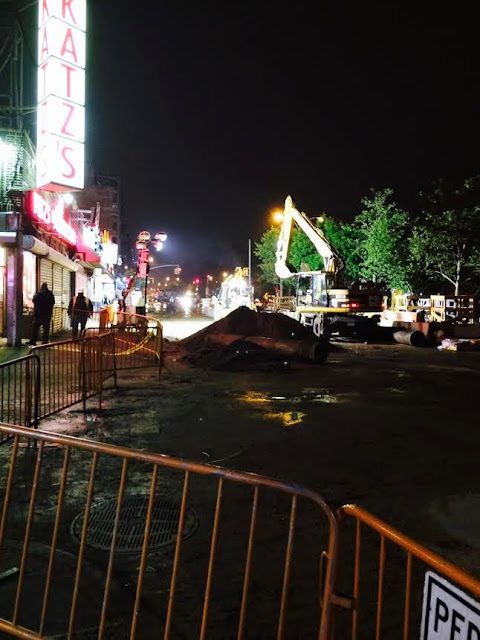 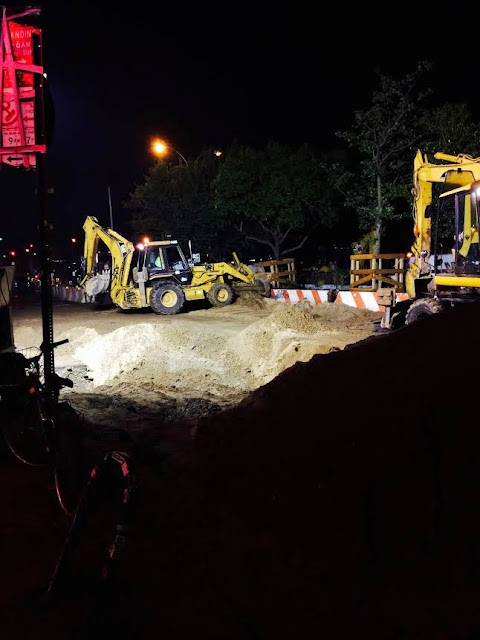 East Houston Street was closed between Allen and Essex after the 20-inch water main dating to 1959 broke.

"When that type of water starts rushing out of a pipe, it's gonna take everything with it," Jim Roberts, the city Department of Environmental Protection's deputy commissioner of water and sewer operations, told the Daily News.

This stretch of East Houston has seemingly been under construction since 1959 … however the DEP claims that the break is an anomaly, according to NBC News.

The DEP said they shut off the water to five adjacent businesses and eight residential buildings. Katz's, who sustained heavy losses after its basement flooded, was able to remain open for business during all this — the deli is connected to an adjacent main. Unfortunately, its neighbor, the Lobster Joint, didn't fare so well.

"We're out of business," general manager Alex Linomontes told The Wall Street Journal. "We still have bills to pay, and there are hundreds of thousands of dollars of damage."

In the basement, workers in industrial rubber boots waded through stagnant brown water, salvaging what they could. Mr. Linomontes said he lost refrigerators, boilers, and other equipment to flooding — along with tens of thousands of dollars worth of seafood.

East Houston was expected to be open to motorists later this morning. 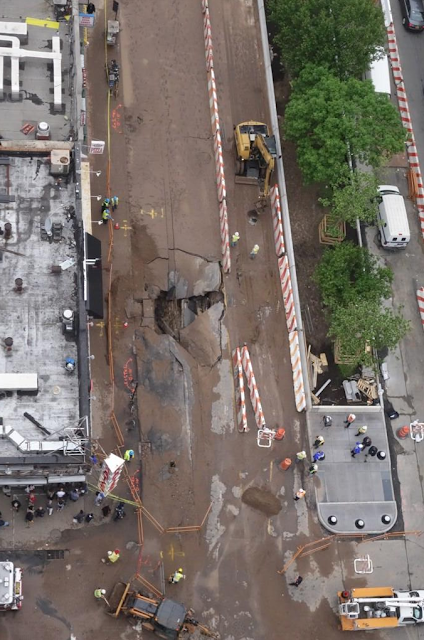 the main broke by magic, had nothing to do with heavy equipment rolling back and forth for the past year...its just like the noise that roars out of Raj Mahals exhaust motors, its just magic, no one is responsible.

What a shame. I liked Lobster Joint. I hope they can sue.