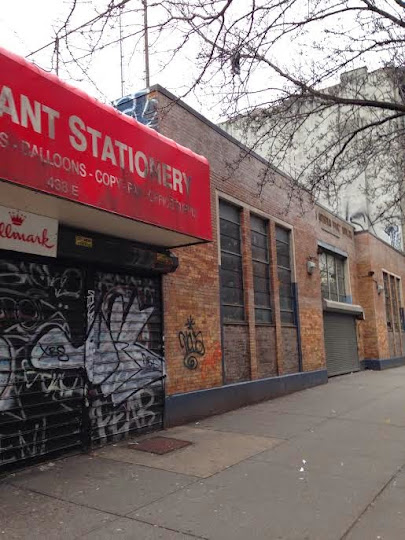 The new eight-story residential building coming to the site of the former Peter Stuyvesant Post Office will include exercise and rec rooms, a quiet lounge and private dining room.

Benenson Capital Partners, whose company has owned the site since the 1940s, is teaming with Mack Real Estate Group on the project.

The 134,000-square-foot, mixed-use building is being planned to fit seamlessly into this Lower East Side neighborhood. “We are working to develop something timeless from a design perspective and contextual from a scale perspective,” said [CEO Richard] Mack of the low structure that will have plenty of light and air.

Its 114 apartments are being targeted toward millennials, while its 15,400 square feet of ground-floor retail is right across the street from the people-packed Stuyvesant Town.

Construction is expected to start this spring, according to the Post. Demolition permits were ordered in October to bring down the post office and the former Stuyvesant Stationery shop next door.

SLCE Architects are listed as the designer of record. (Any renderings floating around out there?) That firm's résumé includes such high-profile projects as the Bloomberg mothership on Lexington Avenue and the Blue building on the Lower East Side.

Meanwhile, earlier in the week, we saw that the post office doors were open … beckoning us inside, perhaps to wait in line one last time for that package that the worker probably isn't even looking for in the back room… 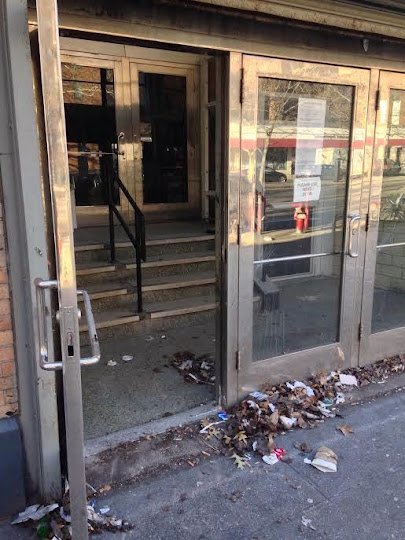 The former Peter Stuyvesant Post Office will yield to an 8-story residential building
Posted by Grieve at 5:07 AM

Does it bother anyone else that they are so open about this building being for millennials? What about the rest of us in our 40s, 50s and beyond? Are we not welcome?

"private dining room" is face-punchingly annoying. What the hell does that even mean. A communal dining room for tenants? "Muffy, I think we'll sit in the dining room tonight." Someone needs a punch in the face.

"...something timeless from a design perspective and contextual from a scale perspective" - this from the toads that designed that hideous, hulking Blue Building, generally considered to be one of the worst of the new LES buildings? I can only imagine what they will foist on this spot. And Anon. 8:59, that reference to millennials struck me wrong, too. Seems like blatant age discrimination to me.

Am I the only one that thinks they are describing a dorm? Will there be floor monitors?

Millennials don't cook - they just buy over-priced coffee and food encased in plastic. Then they can take their "meal" to their "communal dining area" (it must have Wi-Fi) instead of parking in a coffee shop all day long. This is the new version of family dinnertime.

Its 114 apartments are being targeted toward millennials

I think they meant to say "parents of millennials"

I think they meant to say "in-dorm dining hall"

At least they're trying. This is much better than the insanely overpriced 3 million dollar plus apartments that seem to be the only thing being built.

Will these be overpriced? Sure. But it sounds like they will be smaller and therefore somewhat sustainable, will have public spaces for the young tenants and therefore some sense of community (which as they tenants get older will turn from "bro, let's rage" to something more civilized) and give younger people and potentially creative types a place they can live without feeling like a burden on the old people in Stuytown. They want to enjoy the city just like everyone else. I appreciate that building is at least trying to do that instead of just maximizing profit by building gigantic apartments for billionaires.

"....and give younger people and potentially creative types a place they can live without feeling like a burden on the old people in Stuytown." Just what do you consider "old"?

It's a bold statement "targeted toward millennials."
Smells of discrimination on many fronts: age, class, income, ability/disability, and most likely color the more we learn. And, what high priced retail stores will fill "neighborhood shoppers" ground floor?! Sounds like little consideration will be given to the thousands of us in PCVST, unless it's a TRADER JOE'S or something that will fit into the neighborhoods needs.

This really is age discrimination. It's so much healthier for everyone involved when a building isn't designed to serve one demographic. My building has 20somethings, people in their 30s with their kids and older folks.

Sty town was built for pretty much one generation, returning GI's from WW2. This new building is being designed for today's 20 somethings in mind and will not be renting to them exclusively. Think of it as senior living for 20 year olds.

What you smoking Willis ??

That's the unfortunate reality of RE in this area. If you aren't in public housing or rent stabilized, GTFO once you want to live on your own or as a couple.

You missed my point which was that buildings are built with a client in mind. This is nothing new as tenements were built for immigrants, Sty Town for the middle (working class) families created after the war. The buildings that went up for the return of suburbanites to the city in the early 80's on the UES (they were called Yuppies). This building is aimed at servicing the 20 somethings which are all over the place. It will new, have elevators, hang out rooms just like the dorms these kids left a couple of years back. It's not for long term neighborhood people and just like a dorm it will most likely get new tenants each year until it gets run down and something newer, fresher and has whatever will replace WiFi or some technology these kids find impossible to live without. BTW I don't smoke anything.

Don't envy the rich kids that will live here, their sleep will be torn by nightmares of endless lines and the slowest rudest most obstrutionist Postal Workers in history. They will awake screaming.

And then head down to the communal dining area.

Senator Diane Fenistein's husband will make close to a billion dollars by getting the sole commission on the sale of USPS realty nationwide.
What happens to the hood once the trillion $ student loan debt bubble pops? And it WILL pop, tomorrow always comes... then these high rises will sink down empty. Not too far off now wither

This particular post office was rented, not owned. Unfortunately the post office wasn't bright enough to buy this property when no one wanted these buildings in the 70's. Had they bought it then they would have saved a FORTUNE and not had to move out of their district.