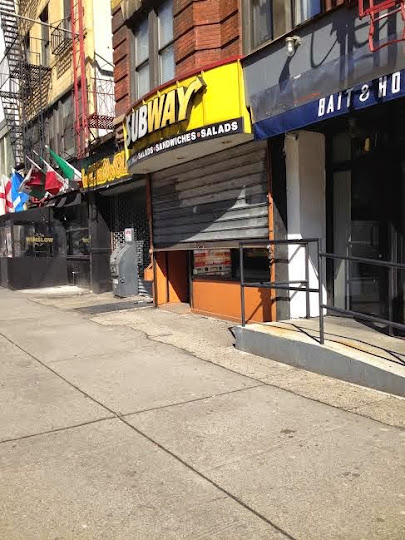 The Subway here on East 14th Street just west of Second Avenue hasn't been open in the past 10 days or so, reports EVG reader Pinch. 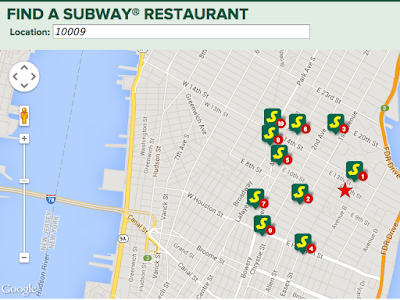 This location along IHOP Way has had problems in the past: The Marshall seized the place back in March 2013. However, it reopened under new management several months later.

Subway replacing Subway on East 14th Street
Posted by Grieve at 4:46 AM

Good riddance. May all the rest follow suit. And take iHOP, 7-11, Domino's, Papa John's, and every other stinking chain store with you.

Yes so many newly unemployed. Isnt it wonderful? Hey Gojira your attitude is disgraceful. More unemployment and poverty in NYC. Thats what we need.

It looks like they could use a few locations in Alphabet City.

"Gojira said...
Good riddance. May all the rest follow suit. And take iHOP, 7-11, Domino's, Papa John's, and every other stinking chain store with you along with all the residents who pollute this area and make it the shit hole it is today"

What about the one on 14th at Union Square West? That was also seized by the Marshals earlier this year.

I think I saw a customer in there once, but it might have been a reflection in the window.

Why blow $5 or more on a sandwich at Subway when you can make multiple sandwiches for the same amount of money or less?