Report: Manhattan’s vacancy rates are highest in the East Village (but rent is still going up) 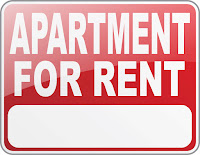 Let's get to some takeaways from the most recent rental outlook via the Elliman Report.

While median rental prices climbed for the 21st consecutive month, the vacancy rate is the highest it's been in nine years, which means landlords are being forced to offer tenants more concessions on rentals, explains data whiz Jonathan Miller, the author of the Elliman Report.

Miller doesn’t expect to see big rent drops anytime soon since there is still a lot of “pressure” on the rental market — there’s a “robust” economy as well as tight credit and the potential of rising mortgage rates, which prevent some renters from becoming buyers.

But affordability continues to be a big issue, Miller said.

According to Gary Malin, president of Citi Habitats, Manhattan’s vacancy rates were highest in the East Village (3.2 percent), followed by the West Village (2.6 percent).

“The fact that vacancy rates are the highest in the East and West Villages is strong evidence that for apartment seekers, paying high prices for small spaces no longer adds up,” Malin said.

Malin said the “party’s over” for landlords, as inventory has been “trending upward for the past six months,” giving renters more options.

Not the bubble bust I was expecting but certainly some stretching sounds from the balloon.

I don't really think 3% vacancy means the party is over for the landlords.. at all. Citi Habitats is primarily a revolving door for young rental agents hawking open rentals anyway. Grain of salt.

So whats up with all the new constructions going up in East Village.
Rental market is seasonal and right now its the slow season. Once the winter is over it'll be red hot again.

There's an empty ground floor apt I see every day on the LES. Looking in the windows, I can see that it was once a one bedroom apt, but a wall has been put up, making it a very SMALL 2 bedroom apt, allowing the rent to be doubled. Barely enough room for a fucking mattress.....

AYYYY I do't know about that. A lot of people I know in real estate tell me that mature renters are avoiding the EV & WV because of the high rent, small spaces, bars, noise and too many of the same type of people(read that as fratboys/girls). There's hope for us yet!

3%? And? The national vacancy rate is at 7%- which is a 22 year low. Its actaully much higher when you factor out NYC, Boston and SF. This is meaningless especially at this time of year.

The concessions concern the $5000 a month market, affordable spaces are still unavailable.

Is this counting apartments held by landlords to use as Air BNB?

Rent keeps going up because taxes and utilities keep going up. The city like to blame landlords all the time and many are scumbags but it is the city that drives the prices by constantly raising taxes and rates and sending inspectors and dept of sanitation agents to get money for their pensions. Rent controlled apartments - which are great for the people in them suck for the rest of the market because the 1 million rent controlled and stabilized apartments are not on the market which would lower prices across the board. I also know plenty of people in rent controlled apartments paying peanuts making $120k per year. These apartments were meant for people coming home from WWII to have an affordable place to live after their service to their country not for their grandchildren who work at Goldman Sachs so they could pay peanuts and use the rest of the money for coke and hookers.

Rent controlled apartments are a popular whipping boy the real-estate industry which tells us to trust them to solve the ever increasing rents in market rate apartments. You reference WW2 solders given these low rents as some kind of pay back for their service. This is not the whole story. After the Great Depression laws, policies and services were put in place from the very social concsious FDR administration. Having so much of our nation living in poverty, elderly without saving or a safety net were eating out of garbage cans. Social Security was created to help with this problem, education incentives were created to get Americans in college and urban planning by big cities reflected the intentional effort to create the middle class in this county. If there is a middle class in any society it is the product of regulation, education grants and scholarships, and other such programs. Since the 1980's and the party of the "Silent Majority" took over the slow death of unions in this country eliminated most blue collar jobs, allowed industries to flee overseas, and a social riff has opened with the haves and the have nots. Nowhere is this more apparent than in cities like New York. The aggressive and the strong will alway defeat the timid and the weak, we had laws in place to prevent this once. A place like NYC has neighborhoods filed with ethnic and cultural diversity. The NYC middle class which stayed behind during the exodus to the suburbs 40 years ago still played an important part of the make up of this cities work force and set of values. Few cities could compare to ours because of its depth of people and it is people that make a city rich not luxury housing. It will not be long before Manhattan will become a gated community which will need to import workers to for day to day services. At the top will be towers filled with foreign billionaire, then domestic billionaires, followed by only the most accomplished in the banking, medicine, law and advertising. At the bottom will be their children living in lofts or slumming it as they might see it.
When you unchain greed it will devour everything it can.

the Johnson years introduced Medicare and

GOOD. None of this shit is tolerable.

Also there was an article I just read about the top cities people are fleeing from and New York is one of them. I think it was Washington Post?

Say what you like, but I personally know at least 30 people that make over $100k and have rent controlled apartments - of those 30 people only 12 of them actually live in the apartment. The others sublet for a much higher amount and live somewhere else. 13 of those buildings were family owned and 11 of them have been sold to large corps over the last 5 years because the family owners could not afford the taxes and utilities due to the rent controlled tenants.

....well those family owners should've been more diligent because its not legal to sublease a rent stabilized apartment for profit - its supposed to be your primary residence....as I understand it.
These owners could easily have found out who was breaking this rule and evicted them if they were willing to pay better attention.
They are selling the buildings to the big landlord companies because the money is good now and its easier than maintaining a building.