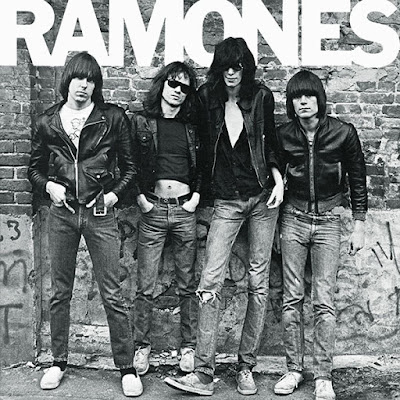 In case you didn't see this yesterday. As The New York Times first reported:

On April 10 the Queens Museum will present “Hey! Ho! Let’s Go: Ramones and the Birth of Punk,” a retrospective exhibition that will examine the group’s influence on both music and art, as part of a spate of spring programming under the museum’s new director, Laura Raicovich, that focuses on Queens as a Petri dish of global culture.

The Ramones show, organized with the Grammy Museum in Los Angeles, where a second part of the exhibition will open on Sept. 16, will include more than 350 objects, from the band’s archives and those of Arturo Vega, who designed the band’s logo; from artists like Shepard Fairey and Yoshitomo Nara; and from Mad magazine and Punk magazine, to demonstrate, as the museum says, how the Ramones “served as both subject and inspiration for many visual artists, resulting in a large body of works.”

Here's the Museum's official news release on the exhibit.

Email ThisBlogThis!Share to TwitterShare to FacebookShare to Pinterest
Labels: Queens Museum, the Ramones

This year is 40 years since I first saw the boys from my hometown, Forest Hills; who woulda thunk, that long-ago day, that the crazed band ripping up the stage in front of me would someday have museum exhibitions devoted to them? Amazing - only sorry none of them are still around to see it.