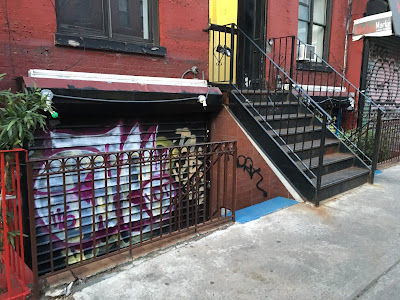 Amoun Kitchen and Lounge has relocated from the Upper East Side to 320 E. Sixth St. between First Avenue and Second Avenue.

The Mediterranean restaurant with a hookah bar appears to have already opened, per their Facebook page.

Until very recently, the address was home to Zerza, which served Moroccan and Mediterranean fare.

In an email, Zerza owner Radouane Eljaouhari confirmed that Amoun is the new tenant. "I am helping out and cooperating with the new owner in all reasonable requests concerning helping the place takes its shape and form," said Eljaouhari, who is not involved with Amoun's ownership.

As for Zerza, Eljaouhari said he would be reopening in a new East Village location later this spring.

There has been a lot of changes at No. 320 since September, when Zerza announced it was closing for renovations. Then came 'Merica, co-founded by Eljaouhari and Zach Neil, an owner of the Tim Burton-themed Beetle House a few doors away on Sixth Street as well as the now-closed Stay Classy, the bar for Will Ferrell fans on Rivington Street.

'Merica, an alleged attempt at satirizing the "real America," closed after three weeks in business... with Zerza returning to service.

This is exhausting even to read about.