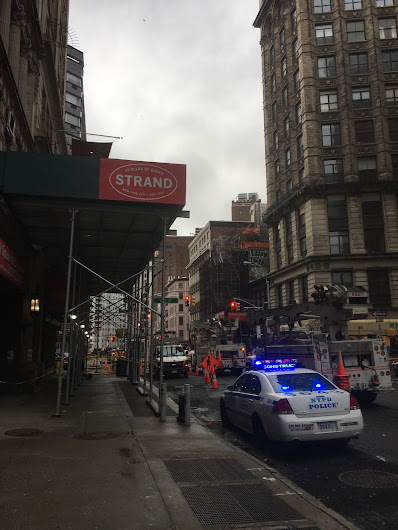 The streets have reopened ... the sidewalk on the east side of Broadway near the Strand is closed... 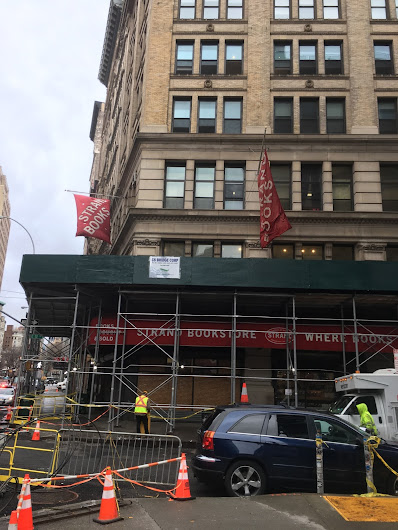 A scene from yesterday morning...

The blasts were likely caused by damage from salt laid down during winter snowstorms and washed into the underground system by Friday morning’s rainstorm.

No one was injured and a Con Ed spokesman said there was no disruption in service.

The corner businesses were open ... the Bean and Pret a Manger ... 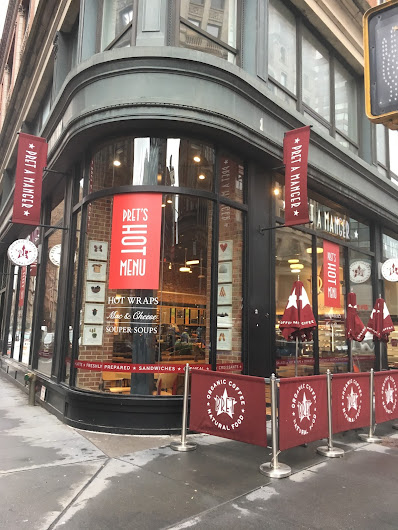 The Strand, which was not open for the day at the time of the blasts, lost several windows. They will be back open today.

👋🏻We will be open for business today!👋🏻 Come see us at noon 👀

Pardon me for skepticism on salt explanation. Salt is laid down every year and if so? this would be occurring across Manhattan.
Fact is there is very little or NO broad oversight of all the building going on down here. It seems randomly supervised, prone to corruption, incompetence and apathy. Who oversees a matrix which is so interconnected, yet fragmented in a patchwork of development? After the 2nd Ave apt gas explosion? Look for more of these explosions to be blamed on act of God-type events aka "salt" etc where no one is accountable.
Hint: Over on E 14th Street massive block-wide digs going on for complexes and condos. Street partly cordoned off. Con Ed guys visible, but never MTA and this construction juts so far out into street pavement, gotta wonder if the L train line is affected? Underground, its only inches from the platform wall? (Maybe that is why they will need to shut it down for renovation soon?)