Joe and Pat’s mark their arrival on 1st Avenue 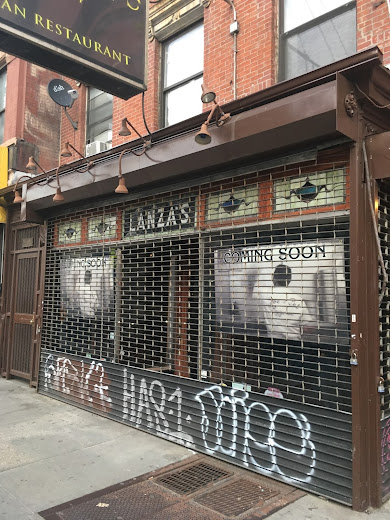 As you may know, Joe & Pat's, the 57-year-old pizzeria on Staten Island, is opening an outpost in the East Village.

The Joe and Pat's signage has just arrived at the former Lanza's space on First Avenue between 10th Street and 11th Street... as these photos via Steven show... 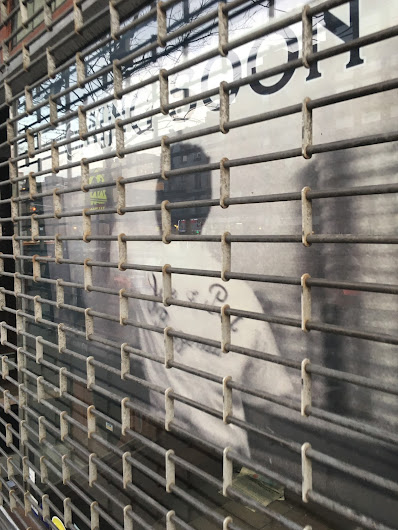 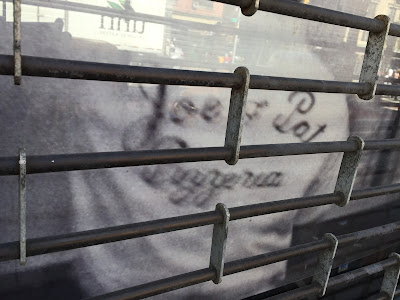 Casey Pappalardo, one of the pizzeria's owners, told the Staten Island Advance in January that they'd be open within six months, but he didn't sound so convincing. "That's if all goes well — there's always some setbacks."

Joe & Pat’s is the king of Staten Island pizza. Its pies are the ultimate version of one of the borough’s dominant styles: thin-crust, vodka-sauced bar pie. Open since 1960, it doesn’t look like much, but the pizza is magnificent. The dough is pounded so it doesn’t get airy, resulting in a crust that’s disappearingly thin and extra crunchy. The vodka sauce is sweet and smooth; pepperoni, curled up in crisp cups, makes the perfect foil.

Lanza's closed for good back in July 2016 after the state seized the restaurant. But! Lanza's has come back to life as a to-go spot on 23rd Street.
Posted by Grieve at 4:25 AM

Erm, do you mean they're marking their arrival on First Avenue?

A vodka sauce slice sounds good and not overly novel for novelty sake. I hope they take a big bite out of Danny Meyer's new Marta spinoff. But they have a lot of other competition in the neighb to score diners in and take out. #$#% I love pizza!!!

This pizzeria could be more bad news for Nicoletta, which must be living off of the delivery business since the place is usually empty,

They have excellent thin crust pizza. My favorite is their plain pie. You can always tell a good pizzeria by how well they make a plain pie. This is a big plus for the East Village.

Quite good pizza. As a child, before thin crust became a "thing," it was a refreshing change, and very different from Al's around the corner