Sister Midnight debuts on Avenue A 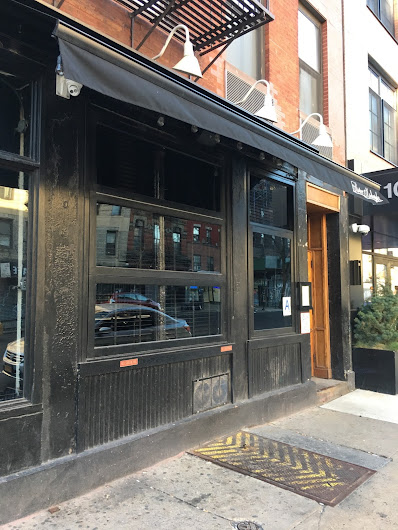 Sister Midnight is now open at 110 Avenue A near Seventh Street... 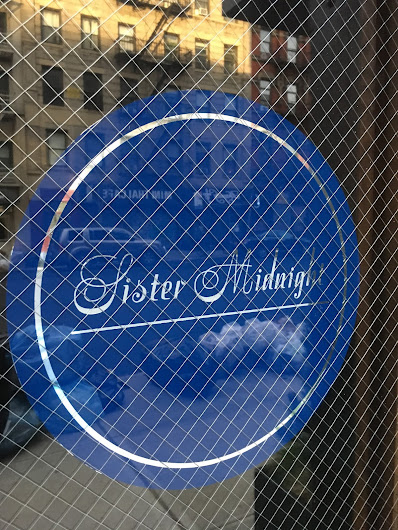 The owners (Johnny T and Jesse Malin) revamped their Black Market space, which closed on March 12 after a nearly seven-year run serving burgers and oysters. 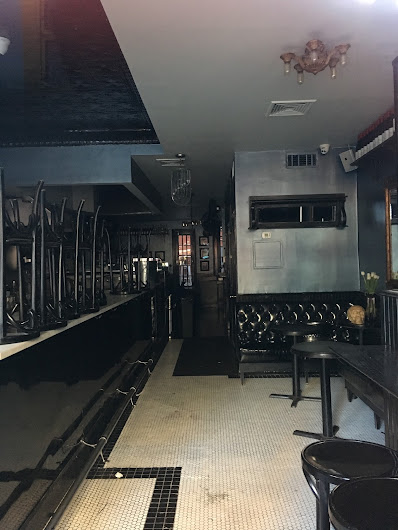 Here's a look at the menu posted outside... 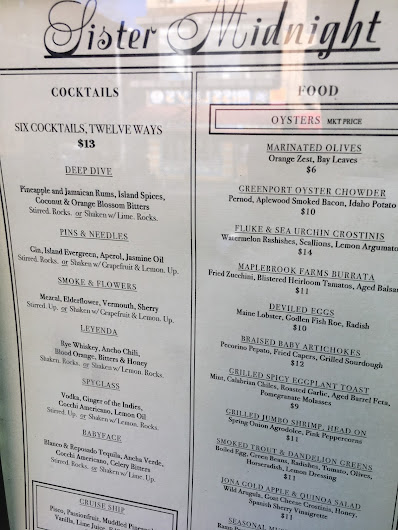 Sister Midnight is the first track, co-written by David Bowie, on The Idiot, Iggy Pop's debut solo record from 1977.

Previously on EV Grieve:
Calling Sister Midnight on Avenue A
Posted by Grieve at 4:01 AM

Sister Christian for me. Motorin!

I heard or read these guys are in the music world. But what does David Bowie and or any of his songs have to do with kitchy made-up cocktails, deviled eggs, and eggplant toast?

So dumb. Black Market was a better name, better logo, an amazing burger, and a good vibe. This new menu is weird and annoying. Not sure what the reason for this was. Seems less enticing.

Le Grand Snore. Between this and E.Vil, we really are turning into a nonthreatening Kiddieland for Millennials who want to feel like they're somehow flirting with danger instead of just being deluded tools.

Wasn't that guy in D Generation, they used to kick ass in the WWF back in the late 90's with triple h and chyna

Given the callous treatment of the prior staff at this establishment by the owners I will not even try it out. Their indifference to employees deserves a equal shunning of this business let it fail.

Well I guess I will be hanging in the E V again.

blah....only went there for the now defunct burgers so why bother

I've never liked the vibe in this join. Always get a blast of negative energy when I stop by for even a minute. I never stay long (its usually to meet a friend before heading to niagara) because the bad vibes are too damn strong. Changing the name and or menu won't change the dark energy lingering around. I'm pretty sure a portal to hades or some sort of long lost netherworld of doom is hidden deep in the basement

There is some sort of long lost netherworld of doom hidden deep in the basement. It's called Cabin Down Below. Truly, truly evil.

Update: Sister Midnight has moved downstairs to where Cabin Down Below used to be and the upstairs restaurant is closed. No more menu, just drinks at the former CBD. No more door guy downstairs either. Enjoy!

Lame. The Door Guys were the best part of Cabin!